Michael Gallagher, the Australian Paralympic cyclist from Scotland, has admitted he crossed the “dark line” into blood doping that resulted in his expulsion from the Rio Paralympics. 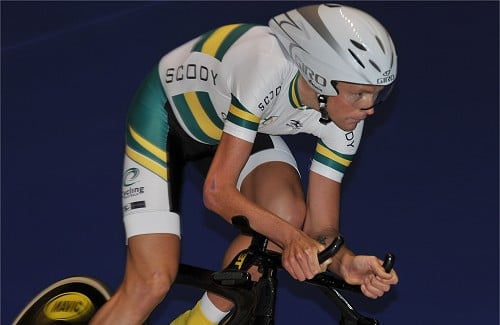 On his Facebook page, Michael Gallagher said the situation will not change although the B sample is yet to be tested. Gallagher added the pressure mounted on him with the expectations of living up to past performances in a Paralympic year and the need to do so to pay his bills.

Gallagher failed an out-of-competition test for EPO in July and will not ride in the Rio 2016 Paralympic Games. The reigning individual pursuit C5 champion was handed a provisional suspension effective immediately after his ‘A’ sample tested positive for Erythropoietin. The Australian Sports Anti-Doping Authority (ASADA) recently revealed that the 37-year-old Scottish-born rider returned a positive result for the banned blood booster. A statement from ASADA revealed the test was coordinated by ASADA as part of a comprehensive pre-Rio anti-doping program to ensure the integrity of the Australian Paralympic team.

The 37-year-old he used Erythropoietin (EPO) and this decision was sparked by a toxic mix of expectation, depression and financial strains. The Victorian said he made use of EPO in the lead-up to Para-cycling world championships where he won a third successive gold medal in his pet 4km individual pursuit event and again before the Paralympic team training camp of Australia in Italy where he registered the positive test.

Gallagher won the London gold for the C5 individual pursuit and also won the LC1 individual pursuit in Beijing 2008 and a bronze in the 2008 road race and bronze in 2012 time trial. Gallagher, who was aiming for a third successive Paralympic gold, said he has done the wrong thing and wants to give an explanation to people who deserve it. The Australian Paralympic cyclist said he decided to take shortcuts, cheated, and crossed the dark line when he should have instead sought help and self-medicate to motivate himself.

Michael Gallagher remarked he cheated at sport and put an end to a chapter in his life which has given him so much by my own wrongdoing and added he will need to accept and live with that. Gallagher offered his apologies to all the people he had raced during this period, everyone is entitled to an honest performance and added he knows how cheated people would feel. Gallagher also apologized to his wife, family, and close friends and everyone who is standing by him and would have, no matter what. The Paralympic cyclist said he also let his coach Dan down and added he is sure he is left devastated as he had no idea about the EPO use.

Long-time teammate Kieran Modra said Australia’s 15-member Para-cycling team was left shocked by the doping bombshell on the eve of the Games. Modra said everyone was silent when the news of Gallagher's positive test broke out. Modra added we have got to look past the negatives and look at the positives and reach the targets we’ve been aiming for because every athlete here has been chosen for a job and to make Australia proud.