Caffeine anhydrous is simply dehydrated caffeine, where the water has been extracted down to 0.5%. Normal coffee beans contain 8.5% water, or 17 times that of caffeine anhydrous.

Caffeine anhydrous is extracted from the seeds and leaves of the plant, which produce an odorless and dry, bitter, white powder, where roughly 200mg equates to 1 cup of coffee. This makes it an easy addition for supplement capsules, where people don't have to taste the bitterness and also don't have to drink a full cup of coffee to get the benefits.

This ingredient has become an addition to most nutritional supplements, where the formula calls for caffeine to be used to achieve a certain effect with the product. Since the powder is pure, it’s easy to get proper weight for dosing without much error.

Caffeine anhydrous is a potent stimulant that acts on the central nervous system (CNS). The way it works is by increasing neurotransmitters like serotonin and dopamine, which affect the way you feel and how alert you are. That’s why coffee addicts oftentimes struggle until they get their morning cup of coffee. Within an hour of consuming caffeine, you’ll start feeling the effects.

There are 3 metabolites that caffeine anhydrous breaks down into in the liver.

Caffeine anhydrous is a potent fat burner that aids in weight loss. It has thermogenic properties and increases epinephrine and norepinephrine, which are hormones that instruct the body to burn off fat as an energy source.

Caffeine anhydrous also helps flush excess water since it’s a natural diuretic. This is very useful for those who want a vascular and ripped physique, without water covering up their cuts.

Weightlifters can especially benefit from using caffeine anhydrous. Research performed at UGA shows that those who take caffeine pre-workout have less pain and soreness during and after their workouts.

Using too much caffeine anhydrous can lead to a tolerance, increased heart strain, and insomnia. You should never overdose on it, and less is always more.

Dosage and Where to Buy

The best way to use caffeine anhydrous is stacking it with other fat burners, appetite suppressants, and fat blockers. Don’t make the mistake of buying an over-stimmed BS product that contains a ton of caffeine along with 1-2 additional stimulants. 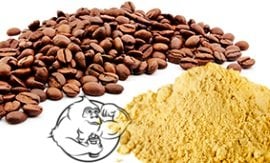 The Product I Recommend:

N2burn contains a sensible 200mgs of caffeine anhydrous per serving, as well as 9 additional ingredients that work in synergy to help you burn lots of fat. You can purchase it from n2bm.com. Take one capsule on N2Burn in the morning and then another one in the early afternoon, you will be burning noticeable amounts of fat in very little time. 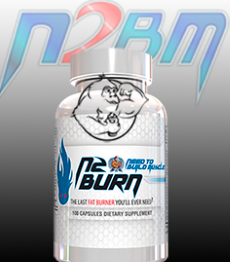