Father and son team Stephen and Michael McConville have been banned from racing for a period of three years for horse doping. 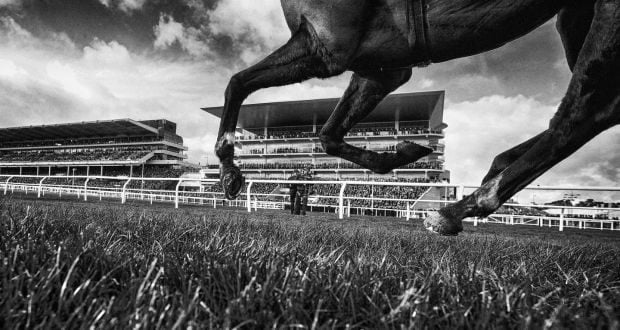 On March 17, Anseanachai Cliste was withdrawn from a race at the Cheltenham Festival after being injected with a tonic that contained banned cobalt. Cheltenham stewards ordered the horse, a champion point-to-point runner, to be withdrawn from the Foxhunter Chase on 17 March. This was done after blood-covered syringes were discovered in a bag taken onto the racecourse and authorities were not satisfied the horse had been administered only normal feed and water on raceday. Nine days later, Anseanachai Cliste won the Ulster Grand National at Downpatrick and the drug test came back negative as per the Irish Turf Club.

Doping charges were admitted at British Horseracing Authority hearing by trainer Stephen and owner and jockey Michael. The pair apologized for the incident and remarked it was because of lack of knowledge. In a statement, they remarked this is no excuse for what happened at Cheltenham.

Cobalt is banned in horse racing as it is said to have similar effect on horses as the performance enhancing drug Erythropoietin in humans. Cobalt is naturally occurring mineral in horses but excessive levels of it are believed to assist the red blood cell count and aid endurance of a horse. Anseanachai Cliste is the first horse to test positive for excessive levels in Ireland and Britain.

The McConvilles faced charges of causing or permitting the administration, having such items in their possession on a racecourse on a race day, conniving in the administration of prohibited substances, and attempting to obstruct the proper administration or control of racing specifically by deliberately misleading or endeavoring to mislead stewards and/or a BHA employee.

Stephen was asked to provide answers to whether he was complicit in assisting, aiding and/or engaging his son for the horse in violations of the equine anti-doping rules. On the other hand, Michael was asked to provide a reply on whether he failed to act in the interests of the best health and welfare of the horse by administering substances, namely adrenal cortex, without veterinary consultation or advice.

Initially, Michael was banned for five years and Stephen received a ban of four years but the bans were later reduced to three years after mitigation was taken into consideration by the disciplinary panel.

The pair released a statement, following the hearing, and accepted full responsibility and apologized for the incident. The statement reads the horse was administered the tonic - Hemo 15 - which is a widely used nutritional supplement which, unknown to us, contained cobalt. It further reads that we now just wish to put this unfortunate matter behind us as it has caused a lot of stress to all members of our family.

Dr Lynn Hillyer, the Turf Club’s chief veterinary officer and head of anti-doping, remark testing for cobalt has been taking place in Irish racing since last year. Hillyer added proper structures are in place to detect any improper use of the substance.