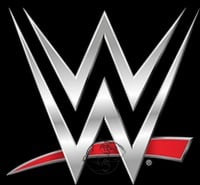 WWE is an entertainment company that features several media revenue sources including film, music, and product sales. However, they are most known for their professional wrestling events, which are shown on cable television and pay-per-view. Interestingly, many of their pro wrestlers have gone on to star in major Hollywood movies and shows. Their revenue topped $500 million last year, with net profits of $30 million per year.

The company was founded in 1980 by Vince and Linda McMahon, who led it to become the most well known and largest wrestling promotional company in the world. In fact, their company is so highly regarded that their stock also trades publicly on the New York Stock Exchange. Therefore, it is no surprise that pro wrestlers strive to one day make it into the WWE.

It is important to understand that WWE events are not legitimate sports contests, but are rather scripted and choreographed performances meant for entertainment purposes.

However, the biggest myth about WWE is that pro wrestling is somehow safe just because the athletes are not actually making full contact with each other. Few people are aware that there have been countless serious injuries in pro wrestling, from neck and spine injuries, to brain injuries, broken bones and even paralysis/death. It takes incredible talent to have the endurance combined with the strength to get through a match, where you have to continuously pick up and throw 250 pound men. Hence, many pro wrestlers have to deal with permanent injuries, even many years after retiring from the constant pounding that is afflicted on their bodies.

Thus, training for matches is extremely brutal. A pro wrestler will train for many hours per week and must have the ability to quickly recover from their grueling workouts and matches. Otherwise, they will be shown the door quickly, as they will fail to entertain their high paying audiences at the shows, and viewers at home, who pay big bucks to watch the matches on PPV. This pressure to perform at a high level leads to the use of performance enhancing drugs/hormones, and other compounds.

As mentioned, Vince and Linda McMahon (who are husband and wife) were the founders of WWE. Some wrestlers have come forward claiming Vince demanded his wrestlers use steroids, as this would logically make for a much more entertaining match. For instance, Kevin Wacholz testified that McMahon had ordered him to use steroids or be fired. 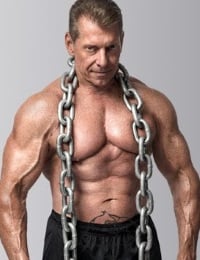 Vince McMahon had admitted to using steroids himself before they were made a federal crime in 1991. In fact, he was indicted in 1993 in federal court, where he was accused of distributing steroids to his wrestlers. Nonetheless, Hulk Hogan testified that McMahon never tried to sell him steroids, and that testimony helped acquit McMahon.

Lets face it, the testing procedures in WWE are a joke, and I will illustrate why. Among the scrutiny of steroid use in sports of 2006, the WWE started an abuse and drug testing policy, which has been updated about every 2 years. There are dozens of PED's listed as banned, including all anabolic steroids, as well as HGH (human growth hormone) and IGF (insulin-like growth factor). However, the last WWE athlete to be busted was all the way back in 2012 and 2013, when Ricardo Rodriquez and Randy Orton failed their drug tests.

The problem is that the testing is done on blood and urine, and then those who fail move on to more selective tests, which they must fail a 2nd and 3rd time. In other words, if someone was using HGH, then they could just stop taking it, and it would be out of their system by the time they did the next series of tests. The same goes for certain anabolic steroids, which are not detectable after a short time. Hence, we can deduce from these very loose testing protocols that PED use is rampant among all pro wrestlers in WWE.

It would be very easy to get away with using HGH and other peptides, which have very short detection time windows, as well as non-estered trenbolone and testosterone would be extremely easy to hide. For example, testosterone propionate detection time is only 2 weeks, so if one was to fail the first test they could re-test in 2 weeks and pass the next round of testing without any issues arising. What's more, most oral steroids could be heavily abused, as they would not be detectable after very long either.

WWE wrestlers must have the ability to recover quickly because their bodies take a tremendous pounding, maybe more than in any other sport, and they do so very frequently. For a better comprehension of the kind of stress a pro wrestler must go through, you can attempt to pick up a 250 pound weight at the gym and throw it over and over and over again. For this reason, HGH is heavily abused in pro wrestling.

Furthermore, strength and stamina are important, so boosting RBC (red blood cells) and mass will help. Therefore, such anabolic steroids as testosterone, trenbolone, and a series of oral steroids like halo and anadrol, would be helpful.

Chris Benoit was a champion Canadian pro wrestler, who was the 2004 Royal Rumble winner. He headlined WWE pay per view events during his prime years, and is considered one of the top 10 greats ever.

On June 22, 2007 Benoit murdered his wife and son, and then hanged himself 2 days later. Examiners blamed the tragedy on a combination of factors, including brain damage, anabolic steroid abuse, and depression. This incident was a major mark on not only pro wrestling, but also anabolic steroids. Although one can conclude that the main culprit was the brain damage caused by the pounding he took during his wrestling career (the same issues can be found in pro football, boxing, and hockey), the media was quick to blame steroids.

Pro wrestlers who have denied or admitted using drugs

Dwayne Johnson, better known as The Rock, is a former pro wrestler who is now making big bucks as a Hollywood actor. Interestingly, when he was asked about his steroid use, the Rock dodged the question saying "They want to negate the hard work you put in."

John Cena is one of the most popular pro wrestlers in WWE, and in one occasion he was asked in an interview if he had ever taken performance enhancing drugs. His answer was "No," and claimed that "any competition I ever did was always drug tested."

Ken Shamrock originally started in the UFC, but then went to pro wrestling before a neck injury sent him back to MMA again. He failed a drug test after one of his wins.

The Warlord was popular in pro wrestling during the 80's and early 90's, and he testified during Vince McMahon's trial that he used PED's.

Hulk Hogan was one of the most popular pro wrestlers of his generation, and he starred in movies, shows and commercials. He admitted to use PED's, although he testified that McMahon did not sell or force him to use anabolic steroids.

Want to learn more about WWE and steroids. Read more on our forums...