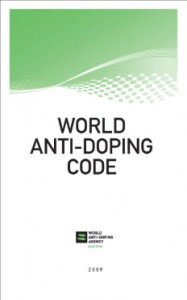 Dr Abdul Aziz Saeed Al Muhairi, Secretary General of the UAE National Anti-Doping Committee (NADO) has remarked there is no cause of concern while implementing the WADA code in the UAE.

NADO, which was established in 2004 along with the launch of the World Anti-Doping Agency (WADA) in Athens, has successfully pursued the important objectives laid down by the World Anti-Doping Agency, including education and monitoring of the WADA code. Till date, the UAE National Anti-Doping Committee has carried out approximately tests in and out of competition and there have been just 27 positives from the 2,500-odd tests done so far. Dr Abdul Aziz Saeed Al Muhairi said this is negligible in his opinion when one compares to other nations in the area or beyond.

Dr Al Muhairi said we at NADO have been more than happy to assist at competitions held in the UAE for the past ten years now and added NADO, considering that the UAE in its capacity as a sporting capital has done well in having such a small number of cases testing positive. There were 523 samples collected in 2012 and of these 10 tested positive. He also added that NADO is constantly working towards having a clean sport and the driving factor for us is the idea of fairness and went on to add that it is not fair for an athlete to train hard and push himself to the limit, while the drug cheat just can’t come along and get away with it. Dr Al Muhairi said one of the main aspects in the low figures in positive cases in the UAE has been the continuous education of its sportspersons by NADO and said the UAE National Anti-Doping Committee from the start has been keen in following the path of educating sportspersons. He also remarked we have targeted specific age groups and so far this seems to have worked perfectly for us. Dr Muhairi, while referring to the case of a footballer from Bani Yas Club who tested positive, said that was a rare case and the sentence against the footballer has been only three months because he took a substance without consultation and out of ignorance.

Since 2004, the World Anti-Doping Agency has emphasized on harmonizing rules and regulations that govern the comprehensive process of anti-doping across all sports and countries. In November 2007, revisions to the anti-doping code were adopted and took effect from January 2009 following an extensive consultation period and these revisions included a wide range of measures to strengthen the global fight against doping in sport. In 2013, WADA announced doubling of the sanctions against drug cheats from the existing two years to four besides introducing further amendments to the code that were approved; the updated code will come into effect only from January 1, 2015.

In recent times, there has been a big surge in the use of performance enhancing drugs among amateur as well as professional athletes and this series of steps by NADO are surely the right steps taken at the right time and place.