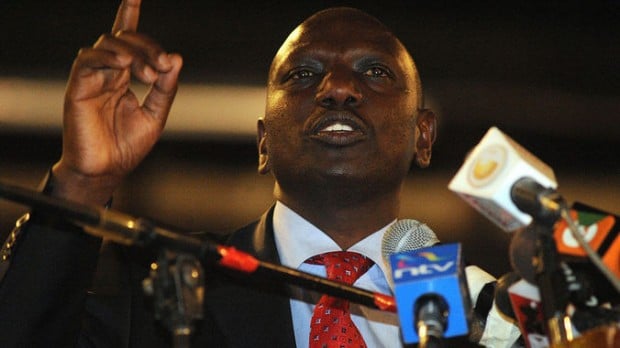 Ruto's warning came as triumphant world championship athletes of the country were given a rousing welcome on their arrival with thousands of top officials and supporters out for the homecoming. Ruto remarked we at the executive level have been seized with this matter of doping. The Kenya's Deputy President added this is a matter we are taking very seriously and also commented that we will be discussing this matter in the cabinet shortly. We want to put into place measures to elevate the Kenyan anti-doping agency and give it a legal framework so that it is backed by law to make it an offence. The deputy president also unveiled plans to strike off any doctor who is found to be guilty of administering performance enhancing drugs and also said any dishonest coach and agent will be tackled.

The Deputy President of Kenya also said we are clear in our mind that this must be done so that we can eliminate the threat of doping in our sport. He however praised the medal winner as "heroes" who had made the nation "proud". Ruto said every village, every town and every corner of Kenya is celebrating our win and our success and also remarked we are not the biggest country in the world and not the strongest country but we are simply the best.

The promise of government action by Ruto was appreciated by Kenya's leading anti-doping campaigner, the leading sports scientist and lawyer Moni Wekesa, who however remarked it is said that the matter was only now being taken seriously.

The Beijing World Athletics Championships saw Kenya emerging on top of the medals table for the first time since the Championships started in 1983. The Kenyan athletes took seven golds, six silvers and three bronze medals. However, the country was put into shame after two of their athletes -- Koki Manunga and Joyce Zakary -- became the tournament's first to fail drugs tests. The athletes were targeted in pre-competition tests at their team hotel in Beijing on August 20 and 21, according to a statement by the International Association of Athletics Federations (IAAF).

Many top athletes from the country, including top marathoner Wilson Kipsang and 800m track star David Rudisha, have urged lawmakers and anti-doping authority for tougher sanctions.

Koki Manunga and Joyce Zakary accepted their provisional suspensions. In the last three years, 33 athletes from Kenya have failed drugs tests. Rita Jeptoo, winner of the Boston and Chicago Marathons, was the top catch for the anti-doping authorities. The Kenyan marathon runner tested positive for Erythropoietin (EPO). The IAAF has already asked the Court of Arbitration for Sport to double the doping ban of two years imposed on the athlete. The IAAF cited aggravating circumstances that it argues warrant an extended period of ineligibility. Recently, the 34-year-old athlete asked the CAS to set aside decision of Athletics Kenya and her suspension to be lifted so she can resume training and participate in IAAF competitions during the CAS proceedings.