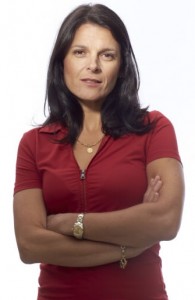 Betsy Andreu, the wife of Lance Armstrong’s former teammate Frankie Andreu, has launched an attack on Armstrong. She has claimed that Armstrong has refused to meet her while “reaching out” to others in a cynical exercise for making attempts to reduce his life ban from elite sport.

Betsy, who played a big role in exposing Lance Armstrong as a drug cheat, had testified that she and her husband were there when Lance confessed to cancer doctors in 1996 that he had doped with EPO, growth hormone, and anabolic steroids. Betsy also remarked that the recent media campaign of Armstrong, which included a filmed meeting with another whistleblower, former soigneur Emma O’Reilly, is nothing else but a charade to paint himself in a better light and back up his call for a truth and reconciliation committee in an attempt to clear his name. Betsy added that Armstrong is reaching out to whosoever will listen to him in a desperate attempt to do whatever he can to mitigate the damage he’s done to himself with a lifetime ban competing in sports at an elite level.

Betsy added that she was willing to give him a chance after Lance Armstrong met with Oprah Winfrey in a televised interview. Betsy said she wanted nothing more than to put this behind herself, use it as a cautionary tale and forge ahead touting clean sport especially for kids whether it is through USADA’s trusport.org initiative or via the media. She also remarked that the childhood of Lance was awful and the child within was never healed and it doesn’t excuse the monster of the person Lance Armstrong became but it damn well helps to explain it. She said Lance told her he’d done a lot of bad things to a lot of good people and telling the truth or learning to tell the truth was part of the process of healing and forgiving.

She also added that Lance wants to show how very sorry he is for decimating people like her, Frankie, Greg LeMond, Mike Anderson, David Walsh, Emma O’Reilly, Jonathan Vaughters, Travis Tygart, and US Anti-Doping Agency that he has only reached out to his former soigneur Emma – over wine and with cameras rolling – just to show how sorry he really is. One of Armstrong’s most vociferous critics, Betsy also remarked that Armstrong has refused her the same courtesy and, when Lance did agree to meet her in Houston in April, he backed out at the last minute, despite promising he would not. She went on to blast Armstrong by saying the meeting of the banned cyclist with Emma O’Reilly was just part of a pattern of manipulation and remarked nothing has changed with Lance and he is still desperately trying to control the narrative.

Betsy Andreu also said the problem for Lance Armstrong is that not many are listening and she knows firsthand that Lance is trying hard to sully her and Frankie, not to mention Travis, Greg, Jonathan Vaughters, and his most recent target, Alex Gibney. She added that the funny thing is, Lance is going off the record, hoping that by merely telling the lie the seed is planted. 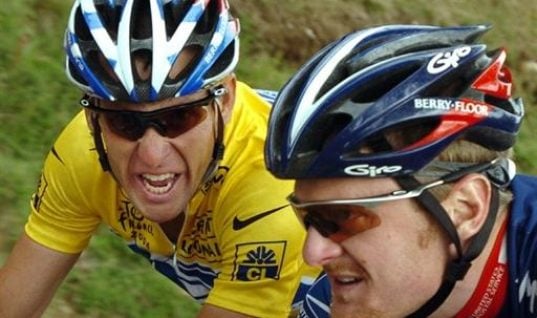