A Kenyan Court has acquitted the former coach of banned marathon runner Rita Jeptoo of charges that he assisted in the administration of Erythropoietin (EPO). 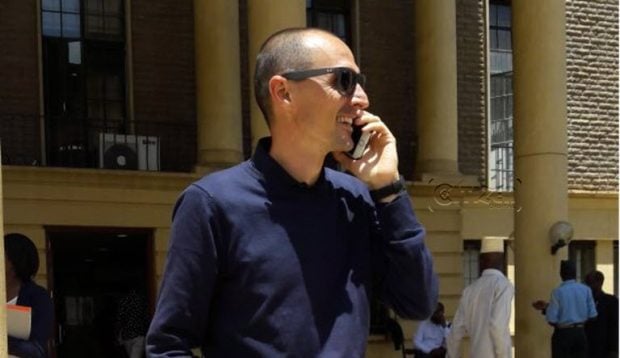 The court cleared Italian national Claudio Berardelli of conspiring to harm career of the Kenyan marathon runner by administering a banned substance. Pharmacist Stephen Kiplagat Tanui and Daniel Cheribo Kiplangat, an assistant coach who worked with Berardelli, were also cleared of the charges. However, the pharmacist was found guilty on charges of operating a pharmacy without proper certification.

The three went on trial despite a ruling last year by the Court of Arbitration for Sport. The CAS had found that Jeptoo received Erythropoietin from an unnamed doctor in an injection or injections and hid her doping from her coaching team.

Jeptoo also testified that the three men had no role in her doping. Anne Jemutai Langat, the aunt of Jeptoo, told the court that Rita disturbed laboratory attendants in Laussane when she was being subjected to a doping test.

Lawyer Julius Kemboy, who was representing Berardelli and Cheribo, submitted a medical report under the name of Rita Jeptoo. This report revealed that Jeptoo had been using banned drugs since April 2012. The lawyer also presented an Athletics Kenya Appeals Board judgment that indicated that the 2006 and 2013 Boston marathon and Chicago 2013 marathon champion had been using the enhancers since 2012.

In his judgment, Magistrate Kennedy Kipkurui Cheruiyot quoted the ruling by the Court of Arbitration for Sport. It was ruled by the court that prosecutors failed to prove that Berardelli and other co-accused were responsible for providing and administering Erythropoietin while they were associated with the athlete. The Judge agreed with the defense that there was no evidence that EPO was administered to Jeptoo by Berardelli.

Kenyan officials were investigating the role of Berardelli in the doping of Jeptoo because of his association with other top Kenyan athletes. Berardelli has been associated with eminent athletes such as Stanley Biwott, Eunice Sum, Janeth Jepkosgei, and Priscah Jeptoo. Two of his athletes, Matthew Kisorio and Jumima Sungong, have failed doping tests in the past.

A three-time Boston Marathon and two-time Chicago Marathon winner, Jeptoo tested positive for EPO in an out-of-competition test in September 2014, just as she was about to claim a $500,000 World Marathon Majors series prize as the top marathon runner in the world. Jeptoo was banned for a period of two years initially, but her sanction was later increased to four years. The ban on Jeptoo, one of most successful runners in Kenyan history, was doubled after an appeal by the International Association of Athletics Federations was upheld by the Court of Arbitration for Sport. The CAS also annulled all her results from 17 April 2016, including her wins in the 2014 Boston and Chicago marathons. The international quasi-judicial body cited her deceptive and obstructive conduct throughout the proceedings as aggravating factors that justified the maximum penalty. Rita Jeptoo is now banned until October 30, 2018 and has also been fined 15,000 Swiss francs as a contribution to legal fees and expenses of the world governing body of track and field.