The newly-formed Athletics Integrity Unit (AIU) will be monitoring more than just doping at this year's International Association of Athletics Federations (IAAF) World Championships in London. 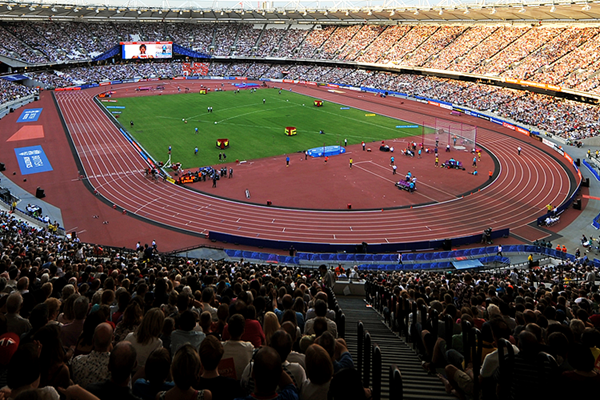 The AIU that was set up earlier this year to help protect image of the sport and claims to be independent of the world governing body of athletics will also be investigating any reported suspicious or irregular betting activity related to the Championships, which is due to start at the Olympic Stadium on the Queen Elizabeth Olympic Park on August 4.

The Athletics Integrity Unit will be working principally with the sports betting intelligence unit of the Gambling Commission of Britain with whom formal information sharing protocols are already established. It has been reported that arrangements will also be in place for sharing of information with criminal authorities of the United Kingdom where potential breaches of criminal law are identified.

AIU chairman David Howman remarked it is our responsibility at the AIU to stamp out any and all forms of corruption and ethical misconduct in athletics, and that includes illegitimate betting practices. Howman added that the Gambling Commission can gather information and intelligence about potential breaches to betting regulations that could be very valuable to the AIU and the sport of athletics as we look to protect the World Championships from corrupt behavior. The AIU chairman also said it is the duty of the AIU and its partners to pursue a program that upholds the integrity of the sport and puts clean athletics first and also commented that is what this partnership with the Gambling Commission aims to achieve.

Any reported suspicious or irregular betting activity related to the Championships, under the arrangements of the partnership with the British Gambling Commission, will be investigated by the Athletics Integrity Unit and disciplinary proceedings brought if necessary under the integrity code of conduct.

British Gambling Commission program director Richard Watson remarked we welcome the proactive steps taken by the Athletics Integrity Unit to protect and deter against betting-related corruption throughout the IAAF World Athletics Championships. Watson said we have agreed reporting mechanisms with the AIU to identify and escalate any potential risks or threats to sports betting integrity. The British Gambling Commission program director also said it is likely there will be an increase in betting volumes on athletics with the Championships taking place in the United Kingdom and events being televised.

So far, athletics has avoided any serious connection with match-fixing unlike cricket, football, and tennis but gambling on sport worldwide is estimated to be more than $146 billion (£110 billion/€124 billion) annually and therefore the AIU does not want to be complacent.

The AIU earlier this week revealed details of its anti-doping program during the Championships. Under this program, more than 600 blood samples will be collected prior to the start of the Championships for the purpose of continuing to build athlete biological passport profiles and for detecting prohibited substances, like human growth hormone. A further 600 urine tests will also be conducted onsite at the Olympic Stadium for detecting a wide range of banned substances, including erythropoietin and anabolic steroids.