Sport scientist Stephen Dank will have to pay the costs of his failed appeal after he lost an appeal over the dismissal of his defamation claims against the Cronulla rugby league club, its former head, and a journalist. Dank has been ordered to pay the costs of Irvine, Rothfield, and the Cronulla club. In March 2013, Irvine quit his job as chairman of the Cronulla Sharks as the anti-doping investigation swept through the National Rugby League. 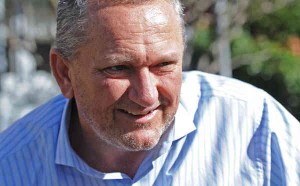 The sport scientist was responsible for the controversial supplement program that ran at Cronulla during the 2011 season. Dank has strenuously denied wrong­doing. Recently, 17 current and former Sharks players received breach notices by ASADA over allegations they used banned substances — CJC-1295 and GHRP-6.

In April last year, Dank took legal action against the Cronulla rugby league club, its chairman Damian Irvine, News Corp Australia journalist Phil Rothfield, the Nine Network, and two of its presenters. This legal action was taken in wake of allegations that were reported by Rothfield and the Nine Network that the sport scientist was injecting players with “equine substances” or “horse drugs”.

Dank claimed that the allegations were conveyed to Rothfield from Irvine. It was claimed by Dank that it was suggested by newspaper articles and a Channel Nine news segment that he administered performance enhancing drugs to players, including Cronulla player Jon Mannah, who died from lymphoma last year. It was allegedly implied from the publications that there was a link between the death of Mannah and the supplements, known as peptides.

However, the paperwork of Dank included many factual errors and it was found to be in a complete mess so much that Justice Lucy McCallum dismissed several parts of his defamation action in December. In her judgment, she wrote the present pleading of the first matter complained of remains in embarrassing form and must be struck out. She added the whole of the pleading is infected with the difficulty of inability of Dank to attribute precise words to Irvine in a single, continuous publication. Justice Lucy McCallum also added that inability infects the whole of the pleading and renders it embarrassing. Her judgment was echoed by Justices Julie Ward, Arthur Emmett, and Anthony Gleeson.

Justice Ward wrote in her judgment, handed down in the NSW Court of Appeal that the summons for leave to appeal should be dismissed. Justice Emmett wrote that the statement of claim is clearly defective while Justice Gleeson said no injustice could be said to arise in relation to this ruling.

Meanwhile, the head of Australia's anti-doping agency (ASADA) has launched a scathing attack on Dank. Australian Sports Anti-Doping Authority chief Ben McDevitt says Dank should never again be allowed to work in world sport or even attend events. Dank is already banned by the National Rugby League, and the AFL is likely to officially follow soon and wait until the outcome of the current Federal Court case involving Essendon.

Dank still has other defamation actions pending against Channel Nine, News Ltd, and at least one other journalist from News Ltd.