Norwegian cross-country skier Therese Johaug would not be able to compete at the 2018 Winter Olympics. This was after the Court of Arbitration for Sport (CAS) extended the ban on the seven-time world champion to 18 months. 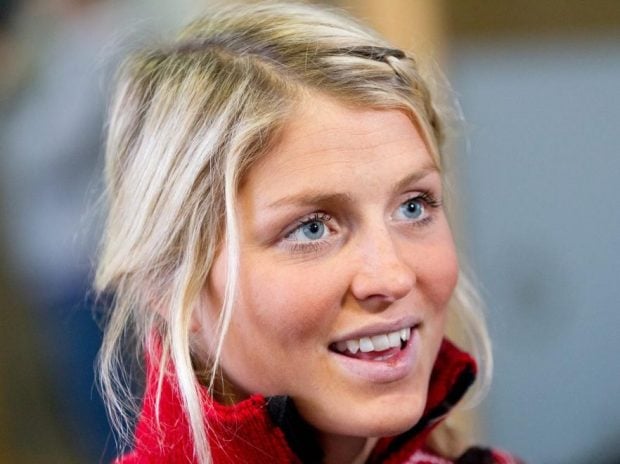 A suspension of 13 months was imposed on the 29-year-old skier by the sports arbitration board of Norway after she tested positive for a steroid which she said was in a lip balm. The International Ski Federation (FIS) deemed that decision of the board was too lenient and lodged an appeal.

Johaug tearfully told a live-streamed news conference in Italy that she is completely broken. The Norwegian cross-country skier also remarked she was dreaming about the Olympics and she was told that it would not happen. Johaug, a relay gold medalist at the 2010 Winter Olympics, said she cannot understand the punishment and called it unfair. Johaug tested positive for traces of the anabolic steroid Clostebol, banned by the World Anti-Doping Agency (WADA), during an out-of-competition drug test on September 16th, 2016. The skier said the steroid was in a lip cream called Trofodermin that was given to her by the team doctor for treating burns received by her during a training session at high altitude in Italy in late August.

The judges have believed her explanations since the beginning of the case and precluded an attempt to cheat as dosages of the steroid in the lip balm are not enough to boost performance. However, the skier was still punished over negligence.

In its ruling, the Court of Arbitration for Sport said Johaug failed to conduct a basic check" of the lip balm's packaging that not only listed a prohibited substance as an ingredient but also included clear doping cautionary warning. The CAS also remarked such omissions resulted in an anti-doping rule violation inconsistent with her otherwise clean anti-doping record. The CAS said its panel was obliged to apply a proportionate sanction, consistent with the level of fault to ensure equality in anti-doping rules.

The suspension of Johaug is to run until April 18th, 2018, ruling her out of the Olympics which take place in Pyeongchang, South Korea on February 9th-25th. The skier can still ask for the decision of CAS to be overturned by lodging an appeal to the Swiss Supreme Court, but this scenario is deemed unlikely.

Johaug's close friend and fellow skier, Marit Bjorgen, said it is extremely sad that Therese must pay such a high price in a case where she is believed on all accounts. Norwegian team leader Vidar Lofshus expressed shock on the extended suspension.

Since 2007, Johaug has raced at the top international level, gaining 42 individual World Cup wins and Olympic gold in the 4x5-kilometre relay at the 2010 Vancouver Games. The skier will now miss the entire Olympic season after being denied the chance to defend the overall World Cup title she won in 2016. Johaug also won the season-long title in 2014, weeks after she won silver and bronze medals from distance races at the Sochi Olympics.