Shawn Ray is one of the most consistent and successful pro bodybuilders of his era. In addition, He is an author and has done some cool gigs like being a TV host on ESPN, and doing his own documentary. His nickname is the Giant Killer because he beat so many big names of his time He was born in 1965, and his peak stats are 5'5" and an extremely lean 225 pounds. 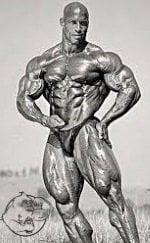 Shawn was born in California, USA. He was a genetic freak as a teenager, and when he played football, broke numerous records including the longest run from scrimmage (98 yards). He was inducted into his high school's sports hall of fame. However, he didn't get serious about bodybuilding until after high school and his results were amazing. At just 18 years old, he won the California Gold Cup, then a year later he was 1984 Teenage Mr. California. He had a lot of success and wanted to get his pro card, so he took a full year away from competing to sculpt his physique more. At just 22 years old, he obliterated his competition at the 1987 National Championships and won his pro card. 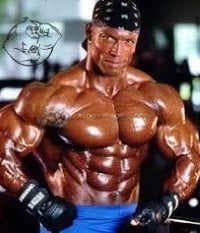 Some of his competition highlights thereafter include the 1990 Pro Ironman Champion, 1991 Arnold Classic Champion, and numerous top 3 finishes in some of the toughest competitions. Unfortunately, even though he was the favorite going into some of his Mr. Olympia competitions, beating every competitor of his era (except Dorian Yates and Lee Haney), he would fall just short of ever winning Mr. Olympia. 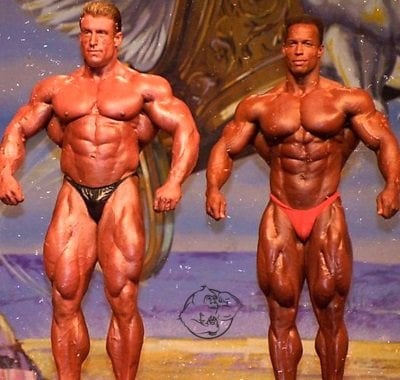 Shawn Ray has some really cool videos on youtube which give you an idea of the type of physique he had.

This is a tribute video:

This is one of my personal favorites of him training with his buddy Levrone: 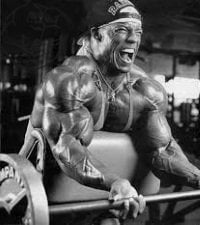 Shawn was mostly a clean eater with the occasional cheat meal. He would up his calories only slightly during his offseason, but always stayed nice and lean. His main menu items consisted of lots of eggs, beef/steak, chicken breasts, potatoes, and nuts. His favorite nut was almonds, but he also had some fruit and some bread with his peanut butter.

Here is a video of him showing off his meals:

Shawn Ray has obviously used steroids; in fact, he was stripped of his 1990 Arnold Classic win due to failing a drug test (though this is a bit ironic since everyone uses steroids in IFBB). Based on what guys of his era were using we can speculate his steroid cycle looked something like this.

Join the Evolutionary.org forums and have your say on Shawn Ray Steroid Cycle! 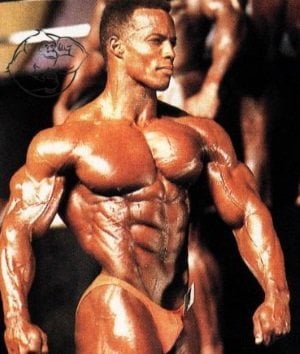 *DISCLAIMER: The cycle above is our opinion on what Shawn Ray could have used, this is for information and entertainment purposes only. There is no direct evidence that Shawn Ray used steroids or any other drugs. This article is our freedom of speech.