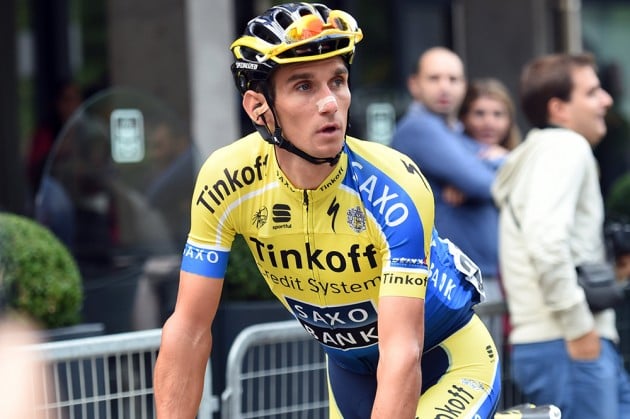 Kreuziger won the white jersey at the 2011 Giro d’Italia. The cyclist was placed fifth in the 2013 Tour de France and returned to racing in the Milan-Turin on October 1 after the Czech Olympic Committee ruled in his favor. In his own press release, Kreuziger denied that he had taken any forbidden substances or used any forbidden methods. Kreuziger admitted in 2013 to having worked with Michele Ferrari, the controversial doctor who was associated with USPS and Lance Armstrong doping scandals.

Kreuziger has claimed that the anomaly in his biological passport was because of extreme dehydration in a mountain stage at the Giro d'Italia. The cyclist was never suspended by his current team Tinkoff-Saxo after the doping allegations but the team did decided to pull him out of their Tour de France squad for avoiding the inevitable media attention that Kreuziger's participation would attract.

Kreuziger will now face disciplinary proceedings after the CAS upheld a provisional suspension amid a doping probe. The Swiss-based tribunal said the arbitration procedure was conducted on an expedited basis in accordance with the rider’s request and the UCI’s agreement. The CAS said Roman Kreuziger remains provisionally suspended pending a decision on his alleged anti-doping rule violation.

The 28-year-old was cleared by CAC of any anti-doping violations. It was claimed by CAC that the values of the Athlete Biological Passport do not exceed the so-called basal [extreme] values. The world governing body of cycling, the UCI, was given a month's time to appeal against the decision and the UCI has now lodged an appeal to the Court of Arbitration for Sport in Lausanne, alongside WADA. In a statement, the UCI said the Union Cycliste Internationale, joined by the World Anti-Doping Agency, after reviewing the full case file has decided to appeal the Czech Olympic Committee hearing panel's decision to acquit Roman Kreuziger following anomalies that were found in the rider's Athlete Biological Passport (ABP). The statement added the UCI and WADA having carefully considered the decision are filing an appeal with the Court of Arbitration for Sport with the request that consideration be given to a sanction for Kreuziger that is fully compliant with the rules of the World Anti-Doping Code. It was further added that the UCI and WADA will refrain from commenting further until the appeal has been completed and a decision rendered by CAS in order to fully respect the integrity of the legal process.

Earlier this season, the UCI suspended Kreuziger for anomalies relating to values from 2011 and 2012 when the cyclist was riding with Astana. Team Astana is presently being investigated by the UCI after three doping offences. Kazakh brothers Maxim and Valentin Iglinskiy tested positive for the banned blood booster EPO while trainee Ilya Davidenok returned an adverse analytical finding for anabolic steroids.