Victor Martinez is a Dominican professional bodybuilder and sponsored athlete. His nickname is "The Dominican Dominator". At his peak, he was 5'9" and a whopping 265 pounds, with 20" arms, 60" chest, along with just a 32" waist. He was born in 1973 and is best known for finishing 2nd to Jay Cutler at the 2007 Mr. Olympia, while winning the Arnold Classic that same year.

Martinez was born in the Dominican Republic, which is a Caribbean nation bordering Haiti. He moved to New York as a child and was deeply involved in sports at school. Coaches would beg him to play on their football, basketball, and baseball teams. While staying busy with football, he also found his way into the weight room because he wanted to look like his wrestling heroes on TV.

After high school, he focused 100% on bodybuilding and wanted to compete badly. He trained hard to build a scary physique, and in 1993, he took part in his first official show and won 1st place in the teenage division. A year later, he would do poorly in his next show, so he decided to take more time away to improve further. He came back in 1997 and blew away his competition winning 2 local NPC contests.

Martinez would go on to win his pro card by winning the NPC Nationals, and he would be only the 2nd Dominican to achieve that. Once he was a pro, Victor would continue to improve his body and finally, in 2003, he won the IFBB Night of Champions, and the next year finished with a top 10 finish at Mr. Olympia. After getting 3rd at Mr. Olympia in 2006, the next year he hit his peak, and as mentioned earlier, he finished 2nd to Jay Cuter at Mr. Olympia and won the Arnold Classic. 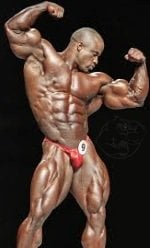 He injured his patellar tendon in 2008 and had to withdraw from competitions that year. Nevertheless, he would come back and win the Arnold Classic Madrid and the Toronto Pro Supershow in 2011. In 2014, even at 40 years old, he still finished an amazing 8th place at Mr. Olympia and 4th at the Arnold Classic. 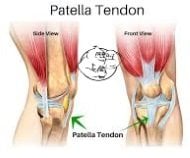 Martinez has some popular youtube videos, and, as you can tell, he is a very large individual.

Those of you who love bodybuilding shows will like this one where he is in a posedown with some of the best bodybuilders of his era including Kai Greene and Evan Centopani:

Another one that shows off his amazing physique is this one taken while he was working out:

This one is interesting, it shows Martinez' trainer getting very agitated with him for half-assing in the gym:

Martinez believed in compensating for weaker body parts by training them more often. This type of strategy can work well for those who have superior genetics, and it led to him being massive and very well proportioned.

He also believes in lifting heavy by doing heavy sets, which were not high on reps. He says that works best for him and he stuck to it. To lose fat quickly he likes to reduce calories and up his cardio. 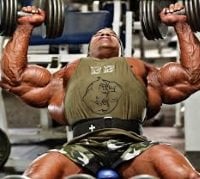 As for specific training, Martinez will implement split routines, train twice a day and also include full body workouts. He will mix it up week by week. He likes to workout 3 or 4 straight days, then have 1 day for rest.

Martinez does carb cycling. So on heavy workout days he will up his carbs (especially on leg days) and on more lazy days will reduce carbs. This allows him to stay looking good year round. Since he already packs on so much muscle, his precontest strategy is a pure fat loss. His strategy pre contest will be lowering carbs, eating more protein, and taking time between meals. 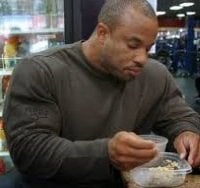 He is a very clean eater, with his favorite healthy foods being brown rice, sweet potatoes, greens, eggs, and salmon. When he gets super lean is the only time he will do a cheat meal because he says it 'resets his metabolism'.

Martinez got in trouble in 2004 for selling steroids, it was a minor incident, but it caused some issues with his residency in the USA. However, he was eventually cleared of all problems. We can speculate that he used a cycle close to what other guys were using during the 2000's.

Join the Evolutionary.org forums and have your say on Victor Martinez Steroid Cycle! 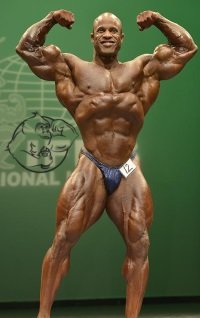 *DISCLAIMER: The cycle above is our opinion on what Victor Martinez could have used, this is for information and entertainment purposes only. There is no direct evidence that Victor Martinez used steroids or any other drugs. This article is our freedom of speech.