Chris Cormier is one of the most successful professional bodybuilders of his era. He earned his pro card in the early 90's and would compete in over 75 competitions, winning a dozen of them outright, and finishing in the top 5 in most of them. His peak stats are 5'10" and a whopping 250 pounds shredded. At his competition size, he sported arms that were 22 inches, and he had a huge 55" chest – with a tiny 32" waist. He was born in 1967 in the United States, and his nickname is "The Real Deal" Cormier. 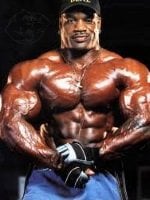 Born in Palm Springs, California, Chris Cormier played a lot of sports growing up and took interest in weight training in high school, joining his weightlifting team and competing against the best lifters in his district. Chris was actually shy as a teenager, and he did not like being in the spotlight, which is something he took into adulthood. Even though he was shy, he managed to compete in bodybuilding at a young age, and in 1987, won the NPC Teen Nationals, which meant he could go on to compete as an adult. He decided to take this seriously, and he started researching and asking questions from veterans to get better.

In 1993, Chris would compete at the NPC USA Championships where he would earn his pro card, getting first place. Now he would be able to compete in the IFBB competitions against much tougher opponents. He quickly parlayed that opportunity in 1994 by finishing 2nd at the Ironman Pro, which allowed him to next target Mr. Olympia. He ended up besting guys like Ronnie Coleman and Nasser El Sonbaty, finishing 6th place that year. 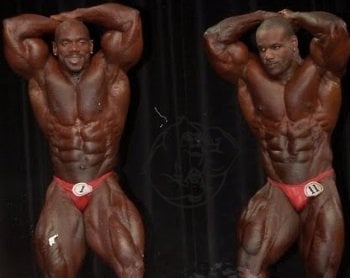 Some of my favorite videos of Chris include the one he did with his pal Dorian Yates where they trained legs. He trained them so hard and heavy that he actually threw up!

Here is another one of him working chest, as you can tell he is a very large individual. I could use a guy like this as my bodyguard! In fact, he did work as a bouncer:

This one is an interview he had with the late Rich Piana, where he tells the story about how Mike Tyson was jealous of him and almost got into a fight with him:

Cormier has sensational genetics, and has built a nice reputation in the industry for helping others working as a trainer. He has some core training beliefs that he has learned over the course of his life. He believes in splitting up workouts AM and PM, so you have enough energy to hit it hard. Next, he says that abs should be worked out at minimum every 2 days, as your core is very important to a nice physique. 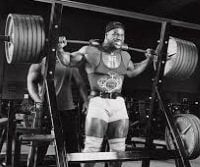 Finally, he believes in working out 4 straight days and taking 2 days off for rest, and if you need an extra day to rest take it. He doesn't believe in training if you feel worn out. An example of this would be training legs on Day 1. Chest, calves, and abs on Day 2. Back, weaker bodyparts on day 3. Shoulders, arms, abs, and calves on day 4. Each split should be cut up into AM/PM sessions. Then take 2 days off, rinse and repeat.

Chris eats a very typical pro bodybuilder diet which is a lot of lean meat like chicken breast, lean steak, turkey, and fish. He eats a lot of egg whites, 10 in the morning and 10 before bed. In addition, he will eat brown rice, potatoes, and oatmeal for his carbs. And finally, he eats salad and other green vegetables for his vegetables. His diet avoids fruit and sugar.

Health issues and steroid use

In 2016, Chris had his back and legs stiffen up and he was admitted to the hospital. He said he was begging for pain medication on the way to the hospital and everyone was scared of a big black dude. Supposedly, the cop didn't even help him because he was too scared to go near him. He was not able to pee for over a day and after running many tests they found out his spine was infected, and he was close to being paralyzed. He blamed it on a lifting injury from when he was 19 years old squatting that had gotten worse as he aged.

Nevertheless, rumors persisted it was a kidney issue and the problems were made worse by rampant steroid abuse during his long career. We can speculate based on what guys used at that time what he would have cycled ahead of his best competitions.

Join the Evolutionary.org forums and have your say on Chris Cormier Steroid Cycle! 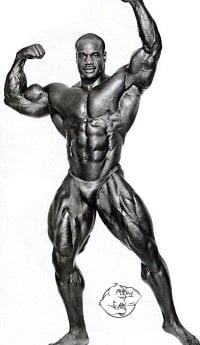 *DISCLAIMER: The cycle above is our opinion on what Chris Cormier could have used, this is for information and entertainment purposes only. There is no direct evidence that Chris Cormier used steroids or any other drugs. This article is our freedom of speech.