Astana Pro Team, a professional road bicycle racing team that is sponsored by the Samruk-Kazyna, has launched an internal investigation after two of its riders failed drug tests. 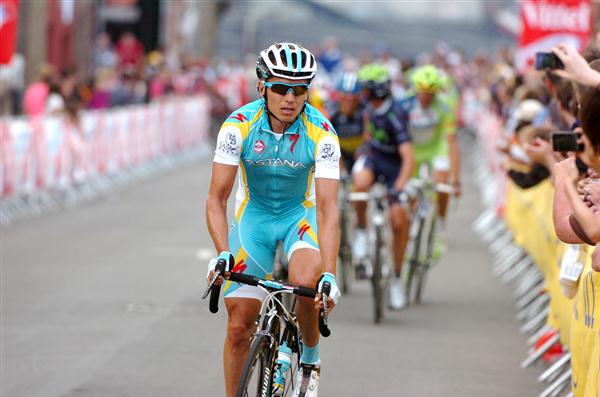 A few days back, UCI president Brian Cookson had questioned the future of team Astana in the WorldTour after the two doping positives. Astana follows protocol of the MPCC (Mouvement Pour un Cyclisme Crédible), which is a voluntary organization of pro teams. The professional road bicycle racing team self-suspended its participation from the Tour of Beijing that is a WorldTour race it is required to attend under WorldTour regulations.

In a statement, Team Astana acknowledged that it fully expects a sanction for its lack of attendance. The team may face a fine of up to 100,000 Swiss Francs (almost $105,000) from Disciplinary Commission of the UCI for missing the Tour of Beijing. The statement reads that Astana Pro Team very much regrets that Valentin and Maxim Iglinskiy unexpectedly returned adverse analytical findings for EPO, and understands that this unfortunate event has led to concerns over the efficiency of internal measures taken to ensure that riders do not use prohibited substance or methods. It added Astana Pro Team is deeply disappointed that these events have occurred, and reaffirms its absolute zero-tolerance policy towards all incidents of doping and unethical activity. Astana Pro Team also remarked it further confirms its desire to tackle these issues head on and in this respect Astana Pro Team has auto-suspended itself from participation in World Tour events for a period of 8 days in accordance with obligations assumed when joining the MPCC (Mouvement Pour un Cyclisme Crédible) in 2013.

The statement also disclosed that Astana Pro Team is conducting an internal investigation, and wishes to reassure the UCI and the general public that preliminary findings demonstrate that the events are of an isolated nature, and that no other member of Astana Pro Team knew or took part. It also said Astana Pro Team will investigate the events more thoroughly in the following weeks, and will request an audit of its own stringent anti-doping policy to identify whether even stronger measures would be possible and legally enforceable. It was also remarked that Astana Pro Team’s General Manager has provided the UCI with a copy of the current version of the anti-doping policy in place within the team, and also informed the UCI of measures adopted immediately to remind all of its riders and staff of their obligations under such anti-doping policy. It went on to add that Astana Pro Team as part of the effort to underline its unwavering commitment to a clean sport has also invited Valentin and Maxim Iglinskiy to contact the CIRC (Cycling Independent Reform Commission) and will certainly implement recommendations contained in the CIRC’s report to help all teams in enforcing their own internal anti-doping rules.