Jason Livermore, the Commonwealth Games 200-meters bronze medalist from Jamaica, has tested positive for a banned substance in December, according to the chairman of the country's Anti-Doping Disciplinary Panel. 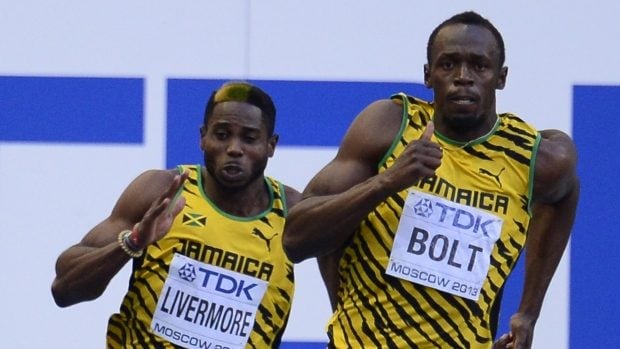 The 29-year-old Livermore had returned the positive result in an out-of-competition test on December 16 as per Kent Gammon, who heads the independent three-member panel. Livermore is expected to face a possible doping ban of four years. Livermore has not yet asked for his B sample to be tested.

Gammon did not disclosed name of the alleged substance but said the athlete had violated Article 2.1 of the Jamaica Anti-Doping Commission's (JADCO's) rules that refer to the Presence of a prohibited substance or its metabolites or markers in an athlete's sample.

Livermore had also won the gold medal at the 2014 Commonwealth Games in the 4x100m with Usain Bolt, Kemar Bailey-Cole, and Nickel Ashmeade. The Jamaican sprinter recently attended a preliminary hearing in front of the disciplinary panel at the Jamaica Conference Centre. Livermore will now fight his case at a full hearing on Sept. 11 to be attended by the Jamaica Anti-Doping Commission and his representatives.

The 200m semi-finalist at the 2013 world championships in Moscow had not competed at the senior trials of Jamaica last months. He will not be a part of the national team at the Worlds Championships in London next month.

The former Calabar High School athlete was born in Kingston and ran for the school alongside other sprint alumni Warren Weir and Ramone McKenzie. Livermore has a personal best of 10.03 seconds in the 100 meters and 20.13 in the 200 meters. Livermore was a part of the Jamaican 4×400 metres relay team for the 2010 NACAC Under-23 Championships in Athletics and the quartet including Teo Bennett, Ramone McKenzie, and Roxroy Cato placed fourth.  The Jamaican track and field sprinter represented his country at the 2013 World Championships in Athletics and twice at the Pan American Games. Jason, who runs for Akan Track Club, made his first international appearances at the age of 19. The double medalist at the 2013 Central American and Caribbean Championships in Athletics reached the semi-finals of the World Championship 200 meters on his global senior debut in Moscow.

Livermore assisted the 4×200 meters relay in the inaugural 2014 IAAF World Relays to a continental record of 1:20.15 minutes that was later broken by the world record-setting Jamaican team in the final. Livermore peaked for the Jamaican Championships with a best of 10.05 seconds in the 100 meters and was adjudged as the runner-up over 100 meters and third in the 200 meters. He was later selected to represent Jamaica at the Commonwealth Games in 2014. Livermore took the bronze medal in a Jamaican medal sweep in the 200 m final, alongside Rasheed Dwyer and Warren Weir and was placed sixth in the Commonwealth Games 100 meters. The sprinter then earned his first international gold medal when he assisted Jamaica to first place in the men's 4x100m, setting a new games record of 37.58.