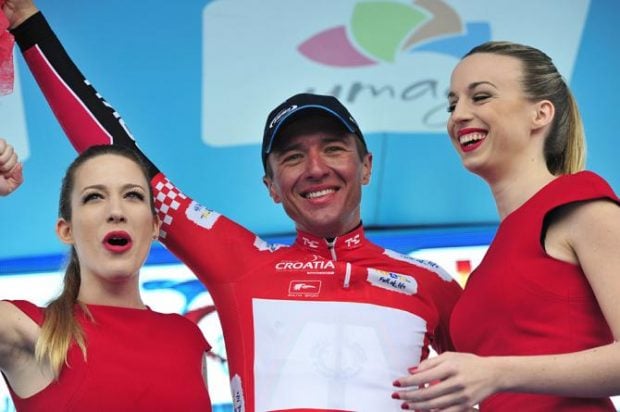 The 35-year-old tested positive for the banned drug Molidustat in tests on May 26 and 28. Kvasina won the stage race, part of the International Cycling Union (UCI) Europe Tour. He had been competing at the Tour of Austria for the Felbermayr-Simplon Wels team when informed of the failed tests.

The body makes a protein known as hypoxia-inducible factor (HIF) that is vital to unlock a cascade of effects that permits the body to adapt and thrive with less oxygen. This includes making more of its own erythropoietin and mobilizing iron to keep up with the creation of new red blood cells. Hypoxia-inducible factor is kept under control when there is good availability of oxygen by enzymes known as prolyl hydroxylase (PH) that keep it turned off, but poised at the ready if the levels of oxygen drop. Molidustat blocks prolyl hydroxylase (PH) that in turn allows the hypoxia-inducible factor (HIF) to go about making the changes at sea level that it normally would only make at altitude.

In a statement, Felbermayr-Simplon Wels said Andreas Grossek, the team's sports director, was informed about the positive result of the A-doping test by Matija Kvasina. The statement further reads that the shareholders as well as Andreas Grossek are speechless and respond to this incident with zero tolerance. It was also added that Matija Kavasina was suspended and was sent home immediately and added the doping sample was taken on a tour at the end of May, and only now published. It was also commented that doping checks are carried out at regular intervals without notice for all professional cyclists. The team statement also reads that the team Felbermayr Simplon Wels in addition voluntarily participates in the anti-doping program 'ADAMS' and also remarked all the more we are shocked to find this fraud in their own ranks. The Felbermayr-Simplon Wels statement also reads that we would like to express our special thanks to the shareholders and team leaders to all the sponsors, who are also clearly behind our team.

Kvasina won the Fleche du Sud ahead of Mark Padun of Ukraine while Riccardo Zoidl of Austria finished in third place. Kvasina, winner of Croatia's national time trial title on seven occasions, may request for testing of his B samples. Kvasina finished 56th in the road race and 38th in the road time trial at Beijing 2008. He has represented Croatia twice in the Olympic Games and also competed at Rio 2016 but failed to finish in the road race.