Laurent Benezech, former France international prop, has been cleared of defamation by a court in Paris. 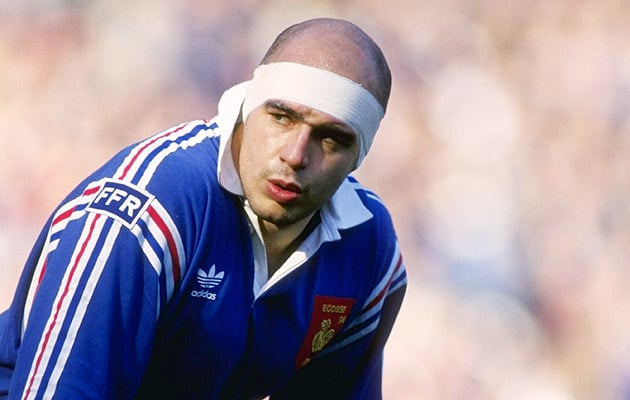 The 47-year-old Benezech made controversial claims of widespread doping in French rugby. Benezech claimed in two interviews in April 2013 that doping was slowly becoming a widespread epidemic in a sport which he played until 2000.

Benezech claimed that people were turning a blind eye to doping in rugby just like once they turned blind eyes to doping in cycling.

It was ruled by the court that a civil action brought by the Provale Union that represented 134 players on the ground was inadmissible. The court ruled that they had not being targeted by the allegedly defamatory comments. The Paris court also ruled that Benezech had taken examples to denounce the inaction of the world of rugby regarding players' health in a sport that he had played with passion and added that young athletes who could put their lives in danger by using products or practices that are not necessarily illegal.

The court found that Benezech, the former Toulouse and Harlequins player, had been expressing his concerns about a sport he loved and had not libeled anyone.

Benezech is not new to controversies. In a newspaper article last year, Benezech had insinuated that the heart attack of former Bayonne player Francois Carillo in December 2012 was suspicious.

Benezech also told the French Senate that he believes he was given doping products during the 1995 World Cup in South Africa during the 1995 World Cup. During the inquiry into the fight against doping in sport, Benezech said he had a strong belief that during that period he was given cortisone. Benezech said the French team had a doctor, who was Marc Bichon, and a manager, who was Pierre Berbizier.

Benezech claimed he did not think Marc Bichon took it upon himself to put in place a medical protocol without having been directed to do so by the general manager. The former France international prop added he also didn't think Pierre Berbizier would have taken that decision without the authorization of Bernard Lapasset, the president of the French Rugby Federation at that time.

The former Toulouse and Racing Metro front row remarked he discovered a certain physical euphoria while being treated with cortisone for a retinal detachment in 1999, which was the same that he experienced during the World Cup. The allegations were refuted by the then doctor Marc Bichon. Bichon remarked the allegations by Benezech were all a pack of lies and he refuted every single accusation made by Laurent Benezech. It was also claimed by Bichon that the French team during the 1995 World Cup tournament underwent drug testing before leaving for South Africa, when they arrived in Pretoria, and after every match they played, with two players tested each time.

The then team manager Pierre Berbizier remarked he would look into the details and added he had nothing to say about the claims.

Cortisone, according to the list of prohibited substances and methods published by the World Anti-Doping Agency, is banned whether administered by oral, rectal, intravenous, or intramuscular routes.