Justin Gatlin, who made a return to the sport in 2010 after a four-year doping ban, has been nominated among the 10 men nominated by the International Association of Athletics Federations (IAAF) for this year's World Athlete of the Year Award. 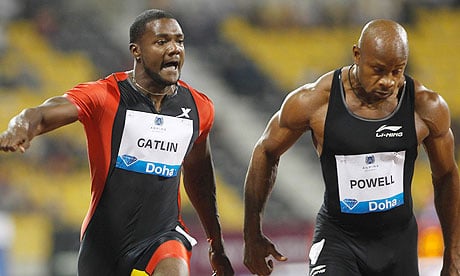 LaShawn Merritt, Gatlin's fellow United States compatriot, who returned to the sport in 2011, is also on the list of male nominations. Merritt served a doping ban that was reduced from two years to 21 months.

The 10 male candidates for this year's coveted award are:

The 10 female candidates for this year's coveted award are:

In another development, Germany Olympic discus champion Robert Harting has remarked that he wants to be taken off the shortlist for the athlete of the year award as the list also features Justin Gatlin, who has been convicted of doping. In an interview to Spiegel magazine, Harting remarked it is insulting for him and his fans to be on the same list with Gatlin. Harting, the three-time world champion, said he is "officially asking" to be removed from the list.

An email poll involving the World Athletics Family has already started and will close on October 16 so that the lists can be narrowed down to three male and three female finalists. The winners will be announced on November 21 after an IAAF council decision.

Last year, Usain Bolt and Shelly-Ann Fraser-Pryce of Jamaica won World Athlete of the Year awards. Fraser-Pryce was banned for six months in 2010 following a positive drugs test. The athlete however claimed Oxycodone was in her system due to a medication for toothache.