British long-distance and middle-distance runner Mo Farah has remarked he would leave his coach, Alberto Salazar, if the doping allegations are ever proved. Considered by many as UK's finest ever distance runner, Farah said he would sever ties with Salazar if it was proven that he manipulated the system or "crossed the line". 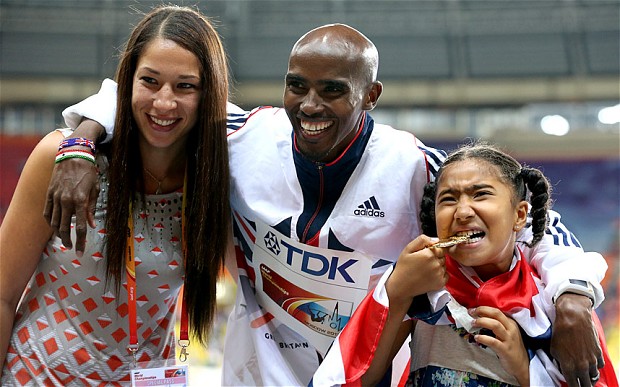 The 32-year-old was surrounded by questions ever since doping allegations surfaced against his American coach Alberto Salazar and training partner Galen Rupp.

Farah also remarked he is 100 percent clean and challenged those who doubt him to prove otherwise. The elite runner, who won Britain's first-ever men's European Championships gold medal at 10,000 meters, said it is not fair and right to be labeled something you are not. He also commented people should either prove he is a cheat or they should just leave him alone.

The two-time Olympic champion denied he was never told by his coach to take Erythropoietin (EPO), Testosterone, thyroid medication, or any kind of performance enhancing drug. Farah also said he is not on therapeutic use exemptions that allow athletes to make use of banned substances for treating health problems.

Salazar, a former athlete and now head coach at the prestigious Nike Oregon Project, was also accused of overseeing the use of asthma drug Prednisone by Rupp. Farah added his coach deserves the “benefit of the doubt” and welcomed investigations by UK Anti-Doping and the United States Anti-Doping Agency into claims against Alberto Salazar. Farah went on to add that he was satisfied with the 11,700-word rebuttal of his coach against allegations that included claims he had given testosterone to the 2012 Olympic silver medalist Galen Rupp when he was 16.

Farah also explained why he missed two anti-doping tests before the London 2012 Olympics. The Somalia-born runner said he was in Teddington and was staying at the top floor in one of the Kenyan's houses and failed to hear the buzzer as he was sleeping in his tent. Farah remarked he has taken 148 tests since 2007 and 103 tests since the London Olympics and every single one of them has been negative.

In another development, track great Brendan Foster has remarked Mo Farah is clean and said he fully expects to commentate on Farah defending his titles in Rio next year. Foster added he is convinced that Farah is clean and his association with Salazar has yielded only minor improvements to what was already a rare talent. Foster also added he knew Farah since he was a kid and he was rare talent then and he started getting better in 2010, won the European Championships at 5,000m and 10,000m – which no Briton had ever done – and it was after that he went to America. Foster went on to say that he will quit his role as an athletics broadcaster if he is proved wrong of Farah's innocence. The 67-year-old said if he believed he was taking drugs or if it was ever proven that he’d taken drugs he wouldn’t turn up, he will say ‘that’s it, the game is over for me.'