A ban has been imposed on leading horse trainers Mark Kavanagh and Danny O'Brien for three years and four years respectively after they were found guilty of administering cobalt to horses for performance-enhancing purposes. Veterinarian Dr Tom Brennan was banned for five years. 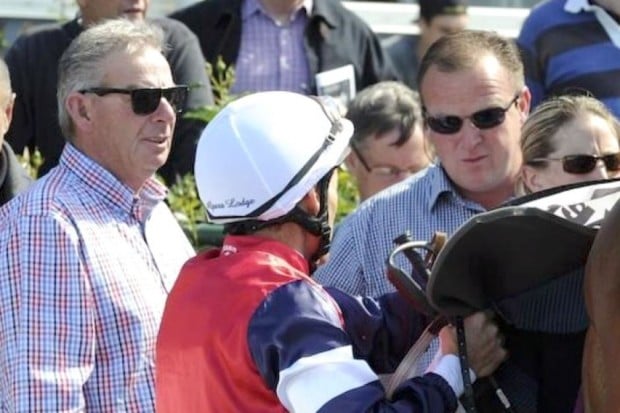 Judge Russell Lewis told the crowded room at Racing Victoria's Flemington headquarters neither has demonstrated any remorse. An appeal against the ban has been lodged by the trainers at the Victorian Civil and Administrative Tribunal (VCAT) that is expected to hold a directions' hearing on the case on Thursday. Kavanagh and O'Brien are expecting to get a stay on the disqualifications that were due to take effect immediately.

Kavanagh and O'Brien denied having any knowledge that cobalt was being administered to their horses. Previously, Dr Brennan pleaded guilty to providing cobalt to the trainers. It was acknowledged by Judge Lewis that Brennan was remorseful and remarked his offending was completely out of character before a penalty of five years was imposed on Brennan.

This was after Racing and Appeals Disciplinary Board (RAD) found Kavanagh and O'Brien found guilty of doping in December.

After the verdict was announced, O'Brien remarked it has been a long 12 months and certainly some of this process has been less than satisfactory. The horse trainer added he want to take the case of what he described as an "adult court".

In 2014, one of Kavanagh's and four of O'Brien's horses recorded excessive cobalt levels in races. Cobalt has been compared to Erythropoietin (EPO), the performance-enhancing drug, as it can improve the count of red blood cells and endurance of a horse. Cobalt is banned at levels above 200 micrograms per liter of urine.

In another development, high-profile trainer Peter Moody is also facing cobalt-related charges. This was after his horse Lidari returned an elevated reading of cobalt after the Turnbull Stakes last October. In December, Moody pleaded not guilty and the case will resume next month. Lawyer Jeff Gleeson QC attacked Moody when he appeared before the Racing Appeals and Disciplinary Board and said the explanation of Moody that the cobalt reading was caused by a mix-up with feeding regime of the horse was not appropriate. In reply, Moody stood by his explanation that Lidari was inadvertently given seven times the recommended dosage of the supplement Availa that is used to treat a hoof condition. The trainer of Black Caviar is facing a possible career-ending suspension if he is found guilty of administering cobalt. The "A" sample of Lidari sample tested at 380mcg/L while the 'B' sample was found to contain 410mcg/L. The hearing is expected to continue until February.

In November, two other trainers, Lee and Shannon Hope, were found guilty of administering cobalt to their horses and banned for three and five years, respectively. Lee Hope was banned for three years while his son Shannon was banned for five years. This was after they were found guilty by the Racing Appeals and Disciplinary Board in Melbourne of administering cobalt for the purpose of affecting races. Shannon and Lee were charged after three of their horses, Windy Citi Bear, Best Suggestion and Choose, returned readings of cobalt over the legal limit. It was heard by the board that three of the Hopes' horses returned readings of 510 micrograms, 440 micrograms, and 290 micrograms last year.

The father-son duo admitted to giving the banned substance to horses but denied attempting to manipulate race outcomes. Both can appeal against the decision at the Victorian Civil and Administrative Tribunal.