Joseph de Pencier, the chief executive of the Institute of National Anti-Doping Organizations (iNADO), has criticized the International Olympic Committee for the "secrecy" of its deliberations on the punishment to Russia. 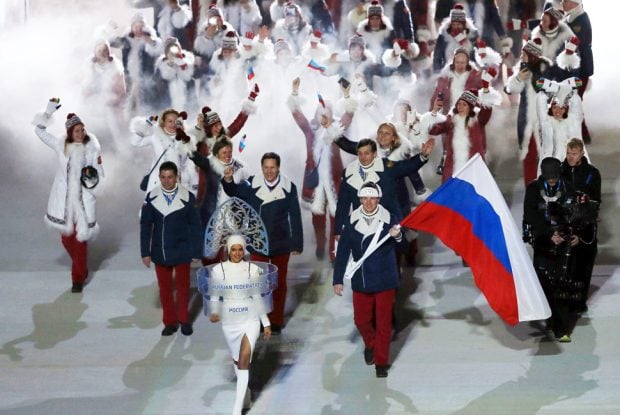 Pencier remarked a fine can only be part of the penalty and remarked a fine as part of a package of sanctions could be appropriate, but it would have to be very significant - probably eight figures, when you consider the damage done to clean athletes - for it to have any impact. The iNADO chief said if it is only a fine, however, it feels like 'pay to play', which would be very disappointing.

The chief executive of the Institute of National Anti-Doping Organizations added a lot of people in his community would like to see what the world governing body of track and field did at the World Championships in London, where several Russians competed as neutrals and did well. Pencier, who began his career in anti-doping as a lawyer in the Canadian investigation into the Ben Johnson scandal, added he cannot imagine many in anti-doping would be comfortable about Russian athletes under a Russian flag at the Winter Olympics when we still have not had any analysis from the IOC on what actually happened at Sochi.

Pencier criticized the way the IOC and its President Thomas Bach has responded to the World Anti-Doping Agency-commissioned report into doping by Russia. The iNADO chief executive said their lack of transparency is regrettable and went on to add that the IOC has done a disservice to sport and anti-doping by shrouding the commissions in secrecy. Pencier added the IAAF and the International Paralympic Committee has done a much better job by setting out clear criteria, going step by step and giving regular updates on progress. Pencier blasted the IOC by remarking he does not know who the IOC has been consulting and added they have some good people, but they don't have an anti-doping department or resident expertise in this field. Pencier also commented that the IOC has a responsibility to be a real leader now and he hopes they understand that they if they fail to do they will open themselves and the anti-doping world up to more criticism, and we will be left to clear up the mess.

De Pencier also said he is of the view that Russia still needs to ramp up the number of tests it does and appoint a credible director general before its Russia's anti-doping agency RUSADA could be reinstated in November.

Set up in 2012, iNADO released a statement calling for a clear, unequivocal and forceful denunciation of Russia's cheating, Russian recognition of the magnitude of its failures, sanctions commensurate with the damage caused to clean athletes, reparation for damages caused to anti-doping, individual consequences for the most culpable, measures to deter future wrongdoing, and continued oversight. The statement was issued in response to a recent report that Thomas Bach, the IOC President, wants to impose a huge fine on Russia for its state-sponsored doping scandal but will fall short of banning the country from February's Winter Olympics in South Korea.