Retired Olympian Michael Phelps has responded to a Facebook user saying he never made use of performance enhancing drugs. 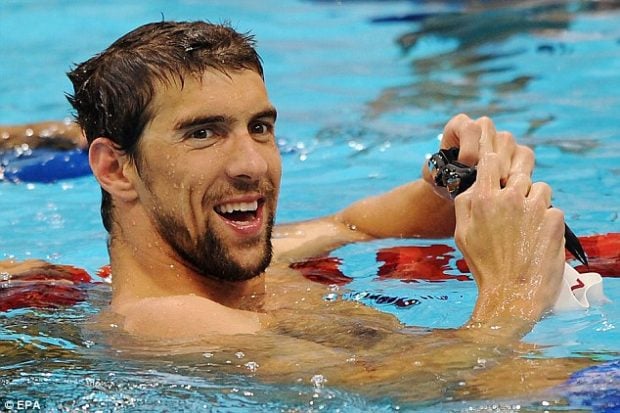 The most decorated Olympian of all time, with a total of 28 medals was answering questions for his followers on a Facebook live video when a comment on the live stream set Phelps off. The comment made Phelps pause for a while and said he is actually going to comment on this because he thinks that comment is so rude, and so beyond anything that is really imaginable.

Phelps also said the athletes who try to get away with cheating are taking away from the true meaning of sport. The retired swimmer also remarked people who test positive in sports do not deserve another chance to perform because they are doing something that other people are doing with training. Phelps went on to remark that sports in this world today, in my opinion, some of them are great, but some of them are also a joke because there are so, so many people that are trying to find a way to cheat and get away with it. The swimmer also said that for him, as a father now, watching his son grow up and watching him to get in sports or grab a ball, do this, do that, he thinks that is something that he hopes changes in years to come, so his son never has to go through some of the things that he went through as an athlete.

Phelps also commented that he thinks it is unfair that so many athletes are using performance enhancing drugs. The retired swimmer said he was tested 13 times by the U.S. Anti-Doping agency in the months leading up to the games while over 1,900 athletes were not drug-tested a year before the Olympics in Rio. Phelps also said he knows what he did in the sport and also commented that he knows the hard work he put in and he knows what went into his body, and drugs were not one of those things.

After replying to the Facebook comment of the user, Phelps apologized to his thousands of Facebook Live viewers. Phelps said it is so frustrating when people sit there and say you cheated, or you do it this way or you do that. The retired swimmer also said he is the only one that knows and all the other thousands of drug tests and vials of blood and cups of urine that he have had to give, open-handed.

Recently, Phelps commented on Facebook that many believe was directed toward the Twitter comment of his rival Milorad Cavic. The Serbian Olympian tweeted a post addressed “Dear Michael" and said it was “convenient” that Michael Phelps was concerned with doping reforms after announcing his retirement. Cavic was referring to the testimony Phelps gave on February 28 at the House Energy and Commerce Sub-committee. The Sub-committee was told by Phelps that he believed he has never swam against a clean field in international competition.