Recently-retired Assistant Chief Constable Andy Ward, who left his post with Merseyside Police in January, has been asked to lead the independent review into handling of the Dr Mark Bonar affair by UK Anti-Doping. 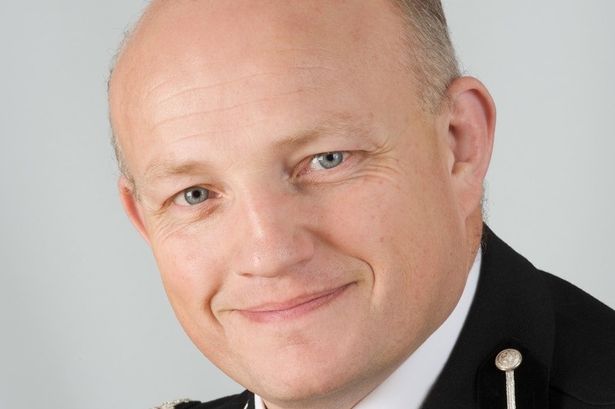 Ward has been appointed by the UK Anti-Doping Board with the agreement of Secretary of State for Culture, Media, and Sport John Whittingdale. The inquiry has been established after allegations appearing in The Sunday Times that performance enhancing drugs were prescribed by Dr Bonar to 150 athletes. In an undercover investigation by The Sunday Times, Bonar revealed that he had prescribed drugs to a host of sporting stars including Premier League footballers, cyclists, boxers, and mixed martial arts.

It was alleged by the report that more than 150 sportsmen and women - including Premier League footballers, British Tour de France cyclists, tennis players and a British boxer - with banned substances including Erythropoietin (EPO), human growth hormone, and anabolic androgenic steroids. It was further revealed that Bonar named members of the playing staff from Arsenal, Birmingham City, Chelsea, and Leicester to have been involved in doping.

Meanwhile, Bonar is now denying the allegations against him and claimed they are "false and very misleading." Bonar was reacting to a report by The Sunday Times in which undercover reporters sent by the newspaper are seen talking with Bonar. In the conversation, Bonar admitted that he had treated athletes with banned performance-enhancing drugs. Bonar's woes are added by the fact that he is  not currently permitted to practice medicine in the United Kingdom and a statement by the Council reads any doctor without a licence who continues to carry out the privileged duties of a doctor is committing a serious breach of our guidance, and potentially a criminal offence.

On the organization's website, UK Anti-Doping chairman David Kenworthy said Andy Ward is a strong choice to carry out the review into UK Anti-Doping's handling of intelligence in relation to Dr Mark Bonar. Kenworthy added Andy is independent of sport so will bring a fresh and uninfluenced perspective, whilst his extensive experience of intelligence handling will be critical to the review.

The UK Anti-Doping chairman also remarked the role of Andy Ward will be to examine how the information supplied by the sportsperson was handled and whether proper procedures were followed and also remarked that Andy will also be asked to make any recommendations to improve processes in the future. Kenworthy also remarked UK Anti-Doping, as a publicly-funded body, is to be held to account for any actions it takes and the team is very supportive of, and will fully cooperate with, the review process.

UKAD's chief executive Nicole Sapstead insisted her organization welcomes the investigation. In an interview, Sapstead said UK Anti-Doping is extremely concerned by the allegations made in the Sunday Times. The chief executive of UK Anti-Doping also remarked that we will be investigating fully those allegations but we are now the subject of an independent review and it would be deeply inappropriate for me to say anything further at this time.