Spanish cyclist Alberto Contador, one of the only six riders (after Jacques Anquetil, Felice Gimondi, Eddy Merckx, and Bernard Hinault) to have won all three Grand Tours of road cycling (the Giro d'Italia, the Vuelta a España, and the Tour de France), has hinted that he was planning to retire in 2016. 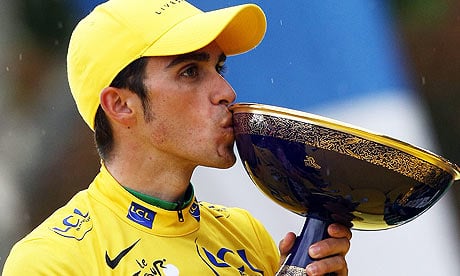 The Spanish professional cyclist said he would like to retire being at the top and remarked that he does not expect himself competing beyond 2016. The cyclist remarked he could change his mind if he has a mishap on the Tour like last year, for example, but little else could make him change.

Contador, a one-time protégé of disgraced cyclist Lance Armstrong, has failed to make it big ever since he made a return from a ban of two years after he tested positive for Clenbuterol, a cutting cycle drug that is used to lose body fat and weight. In 2012, the Court of Arbitration for Sport suspended Contador after rejecting his claim that his positive Clenbuterol test was because of eating contaminated meat on 2010 Tour rest day. The cyclist was stripped of his 2010 Tour de France and 2011 Giro titles. The CAS suspended Contador until 5 August 2012 and the cyclist's contract with Team Saxo Bank was annulled. After serving his ban, Contador rejoined the renamed Saxo Bank-Tinkoff Bank.

Contador was forced to quit Tour de France last year after he broke his leg after crashing during stage 10 of the race. The 32-year-old Spaniard was recently beaten by Chris Froome during the Tour of Valencia. Last September, Contador defeated Froome to win the Tour of Spain. Contador finished one minute and 10 seconds ahead of Froome.

In the world of professional cycling, Contador is remembered as an accomplished time trialist and an all-rounder cyclist who excels in almost every aspect of stage racing that are required for high places in the general classification. Contador is not new to controversies and doping allegations. In September 2010, Contador was cleared of any wrongdoing in the Operación Puerto doping case that forced his Astana-Würth team to withdraw from the 2006 Tour de France before it started. 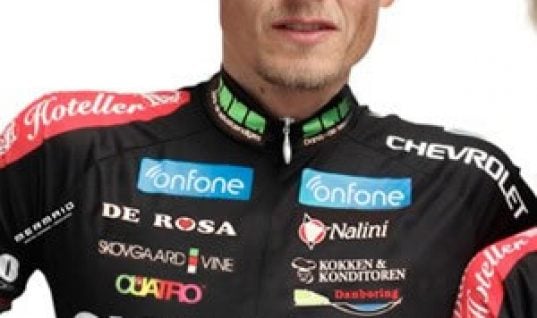 Belkin Has No Reason To Continue Investigation Into Rasmussen’s Claims