Russia is at the centre of a big doping scandal again after news emerged that the entire 23-man squad of the country from the 2014 World Cup is being investigated by FIFA, the world governing body of Football, over possible drugs offences. 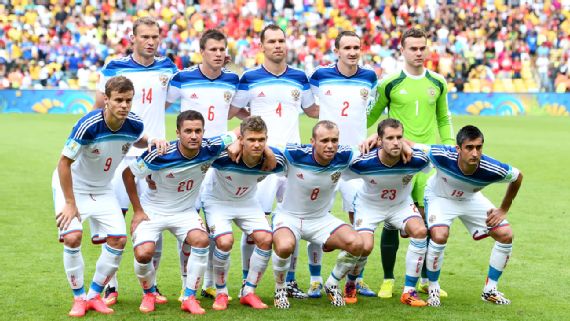 Russia drew two and lost one of their games at the Brazil 2014 World Cup. The 23-man squad members, who were knocked out in the group stages of the Brazil World Cup, are among 34 Russian footballers being investigated by the world governing body of Football. Five of the 23 players tested in 2014 (Igor Akinfeev, Denis Glushakov, Maksim Kanunnikov, Aleksandr Samedov, and Yuri Zhirkov) are members of the squad that was knocked out of the Confederations Cup this Saturday.

Russia is presently hosting the Confederations Cup and will stage the World Cup in under a year. However, its suitability to stage such events is now likely to be thrown into serious doubt.

State-sponsored doping and cover-ups in Russia are well known to all, but this is the first time that top-level footballers of the country placed under investigation though there is still no evidence of any anti-doping violation. Last year, two official WADA reports found at least 1,000 athletes were assisted by an institutionalized manipulation of the doping control process in Russia.

FIFA is investigating whether the Russian footballers were part of Russia’s state-sponsored doping program that has affected athletics, swimming, and weightlifting. This is the first time that an entire football team has been investigated, let alone a national team.

Dick Pound, the former head of the World Anti-Doping Agency (WADA), remarked there is a huge onus on FIFA to reach a sensible conclusion on these matters before the World Cup takes place. Pound added it is incumbent on them to say what steps they are taking, what they find, and take whatever action necessary to protect the integrity of sport and also commented that you wouldn’t want to be part of a body that ignores this even within a governing body with as little credibility remaining as FIFA. The former WADA Chief said there has been an institutional denial of doping in football for years. Pound also remarked that he had seen too many presentations by FIFA, straight out of fantasy land, about how they do not have a problem. They absolutely have to take this case seriously.

Russia will host the 2018 World Cup that takes place across 12 venues beginning on June 14. However, the accusations that Vladimir Putin’s Kremlin oversaw a huge program of prescribing performance enhancing drugs to elite and emerging sports stars and even orchestrated a systematic cover-up of positive tests could go against it.