The myth of always needing testosterone on a cycle

The Myth of "you should always run testosterone on a cycle" has been pushed on forums since the mid-2000s. I have some theories on how this started.

The first theory is that since Testosterone is so cheap to produce that reps of sources started pushing it heavily so that newbies would buy it. For example, it costs around $5 to produce a vial of Testosterone and that is an aggressive estimate, but they can sell it for 10X that easily, even if the quality is poor.

Another theory is that people just don't understand what anabolic steroids are and where they came from. All steroids that we use in bodybuilding come from the Testosterone hormone in the first place. There were changes done to these hormones to differentiate them from one another and then they were slapped with new names. 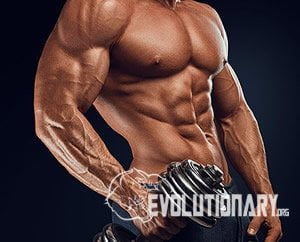 Testosterone is a naturally-produced hormone in the body. It is secreted by the testes and is responsible for the balanced growth and maintenance of primary and secondary sexual characteristics in males - deepening of the voice, broadness of shoulders and narrowing of the pelvis, rapid hair growth (especially on the face, legs and pubis), and the production of semen for sexual reproduction. Read More...

The final theory I have is that when guys started to add Testosterone to cycles in the 90's they realized they were getting better gains and may have felt a better with it than without it. This is due to increased estrogen and androgens in the body, plus you are using more steroids. 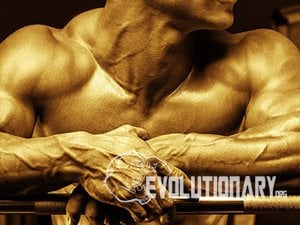 Over the years plenty of guys have run steroids without Testosterone, in fact, your favorite bodybuilders of the '70s and '80s never ran Testosterone because they didn't have a way to stop estrogen. Can adding Testosterone to a cycle enhance it? In some cases of course, but so would adding Trenbolone or any other injectable steroid.

However, is it mandatory? Of course not. I know plenty of guys who have been using oral-only cycles for 20+ years and are doing well.

The myth that only oral only cycles cause liver strain

Another important myth that should be addressed is those who think that only oral steroids cause organ strain. We can take the liver for example. Most people understand how our livers work which are regulating chemical levels in the blood and excreting bile, which helps carry away waste products. Our blood passes through the liver, and the more toxins in your blood, the tougher the job on this organ.

This is why alcoholics and those who abuse drugs have very poor functioning livers. Although it is a very hardy organ, it still can take a beating. 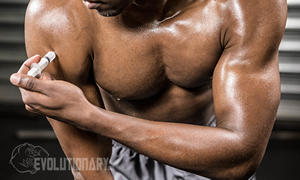 A lot of people think that only oral steroids cause liver problems. . So they think they can drink a lot of alcohol and take every drug under the sun and get away with it if they use injectables. This is not only false, but it is dangerous information. The truth is injectable steroids are also liver toxic, so are things like SARM's. So no matter what PED you use expect liver strain and since oral cycles are typically shorter in duration, you can get less liver strain this way. 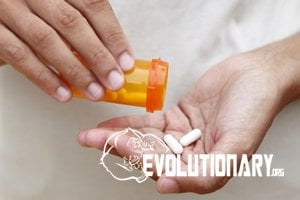 There are many advantages of oral-only cycles and I have 4 really good examples I want to share with you.

A: lack of needles: Some people just cannot have needles and syringes sitting around their house due to family. Also, some have phobias from needles or don't want to inject themselves so orals are much more convenient.

B: shorter duration: Oral cycles kick in faster due to the short half life so you can run them for just 4 weeks and get great results.

C: faster recovery: Since they are out of your system faster when you stop using them your body can recover quicker.

D: more flexibility: Their short duration in the body allows you to swap them if necessary, this gives you more flexibility on a cycle if you want to change something. Injectables can take many weeks to be out.

Oral steroids are faked a lot and are full of fillers. Even a roid test can be difficult to use since it won't tell you how much of the steroid is in the pill. Example: They could use a tiny amount of the actual steroid and fill the rest of the tablet with sugar. This type of scam has been going on for 100 years with all kinds of things and is where the ‘snake oil salesman’ cliche came from.

Also, we have seen labs sell expensive orals using another steroid completely which is much cheaper, allowing them to reap the profits at your expense.

You must always buy oral steroids from legit brands only.

Examples of orals and trusted brands

*Cheque Drops: Also called Mibolerone, it is one of the hardest oral steroids to find. People use it before a fight or a powerlifting meet to give them last-minute aggression. They typically run 5mg 30 minutes beforehand.

Cheque drops (chemical name: mibolerone) were originally developed by Upjohn for the veterinarian market and never meant for human consumption. This is arguably the most liver-toxic steroid on the planet, so only 2 weeks on this AAS at a dose of 5mgs per day is enough for a user to experience very bad side-effects. Read More...

*Aromasin: This is an aromatase inhibitor that is used to keep the estrogen under control on a cycle. Users will use between 10-25mgs daily or every other day depending on how much they need.

Aromasin is the trade name for Exemestane, a drug used to treat breast cancer in women. Similarly to arimidex, it is member of the aromatase inhibitor class of drugs. The original manufacturer was Pharmacia & Upjohn, but today Pfizer is the most well known drug company that distributes the drug. Read More...

*Methyl-1-testosterone M1T: Another hard-to-find oral steroid that some users love. This is a DHT derivative that cannot convert to estrogen in the body. Guys typically will do 5-20mg a day and it is an extremely strong oral.

Methyl-1-testosterone (M1T) was first researched in 1962. The 60s was actually an extremely active time for steroid research. There were literally hundreds of different anabolic agents that were being actively studied and pursued by drug companies. M1T had a very favorable ratio of anabolic to androgenic effect, so there was much promise with this compound. Read More...

*Turinabol and Dianabol stack: Tbol/Dbol stack is something I love. It gives you the best of both worlds since one aromatizes into estrogen and one doesn't. One is more of a hardener and one is wetter, also one is androgenic and one isn't. They yin and yang each other since opposites attract. 20mgs of each for 5-6 weeks is a simple but effective cycle.

In the world of professional and amateur bodybuilding, Turinabol is considered a superior option to Dianabol. This is primarily due to the fact that while muscle mass and strength gains made with Tbol are easier to keep, Dbol gains (though more dramatic and better than Tbol gains) can be lost by as much as 50 percent once bodybuilders are off the cycle. This is likely due to a high percentage of water retention, both intracellular and subcutaneous, being lost post cycle. Read More...

*Oral Trenbolone: Altered to allow oral use, oral Trenbolone is very powerful mg per mg vs. other orals. It should only be run at up to 1mg per day.

*GP Superdrol: This one is very strong and very toxic. Not many labs even bother to sell it because there were so many superdrol clones that were sold at designer steroids legally until the prohormone ban. It is important to understand that superdrol is not a prohormone, it is a legit anabolic oral steroid. It is great for breaking the plateaus you are stuck at. A dose of 10-30mg a day is plenty and you can run it 3-4 weeks.

Tbol and test cycle
What are your thoughts on using turinabol tbol Along with testosterone enanthate 200mg a week? Read More...

Best orals?
We all know that injectables are the base and the safest way to cycle , because is less toxic to liver and you can use for much more time.
Read More...

The importance of Aromasin
A few months ago on a test prop cycle I was doing, I had a breakthrough moment where I realized how vital aromasin is.
Read More... 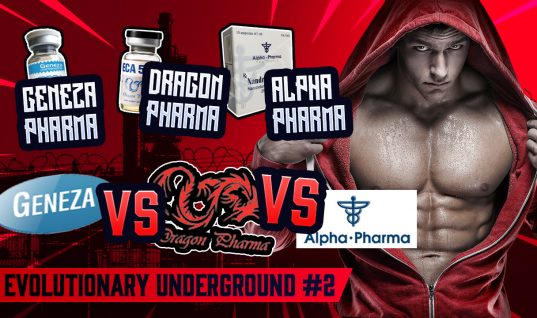 Underground Episode #2 – Picking out the best steroid brands and reviews