Craig Reedie, the President of the World Anti-Doping Agency, has criticized more than a dozen national anti-doping agencies who demanded that Russia should be banned from 2018 Winter Olympics.

In a statement, Reedie said the comment that has been made by a group of National Anti-Doping Organizations omits entirely all the work that has been done to develop a proper anti-doping system in Russia. Reedie added the comments of NADOs show that the agencies are looking “backwards” instead of “forwards.” The WADA President added he wants to make it quite clear that most what they say in a press release is not the policy of WADA, and what they say in his view is not helpful. 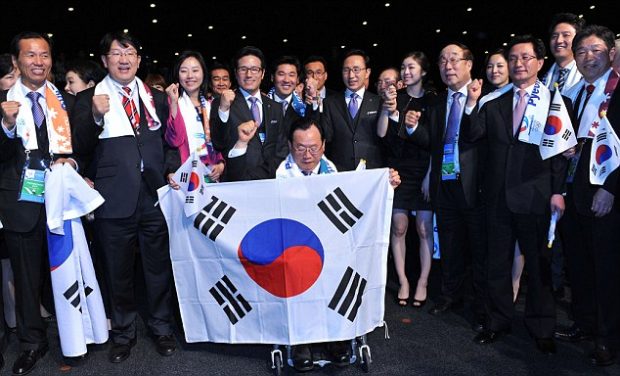 The World Anti-Doping Agency recently remarked that the compliance of Russia with their rules could happen as soon as next month that could possibly open the door for the IOC to allow the country to compete at the Winter Games.

A few days back, 17 National Anti-Doping Organization (NADO) leaders demanded that Russia should be banned by the International Olympic Committee from the Winter Olympics in Pyeongchang, South Korea. The chiefs of anti-doping organizations cited proven corruption of the Sochi Olympic Games and continuing failure of Russia in its obligations to clean sport.

In a joint statement, the NADOs blamed the International Olympic Committee for just doing lip service. It was commented that athletes want to see results - not more lip service - that actually support their decision to compete clean. The national anti-doping organizations added that Russia is required to take a number of other steps to prove it was serious about reforming. NADOs said these steps should include a systematic effort to interview Russian athletes, officials, and other witnesses exposed by the McLaren Report as having been potentially involved in the doping conspiracy as well as turning over electronic data, including servers, testing instrument data files, computer files, and email and text message archives from the time period of the Russian conspiracy, as outlined in the Richard McLaren report.

NADOs criticized the International Olympic Committee saying it had done nothing to follow up the damning revelations in the McLaren report. It commented that the failure to properly investigate and prosecute free of sport-political influence those who violated anti-doping rules, breaks the trust with millions of clean athletes around the world. It was also said Russia must accept the findings of the McLaren report and grant full access to samples from the Moscow laboratory.

Meanwhile, Russia's deputy prime minister, Vitaly Mutko, has blamed anti-doping agency of Russia and the former head of the RUSADA lab, Gregory Rodchenkov, for the corruption and added the World Anti-Doping Agency was at fault, too. Mutko commented we are rearranging the system, but it should be rearranged so that WADA could also share responsibility.