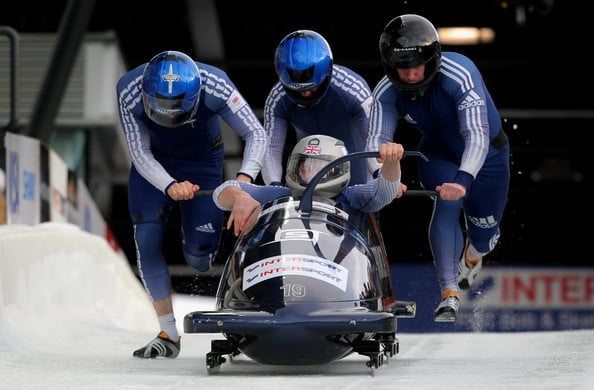 In a statement, the federation said this action was taken after the International Olympic Committee informed it about investigations opened against the four athletes, who have not been named publicly. The IBSF said it has been informed by the IOC that investigations into alleged anti-doping rule violations in connection with the Olympic Winter Games 2014 in Sochi (RUS) have been opened.

The statement further reads that the International Bobsleigh and Skeleton Federation in accordance with the IBSF Anti-Doping Rules, Art. 7.9, therefore provisionally suspends four Russian Skeleton athletes as of 30 December 2016 and added the athletes and the Russian Bobsleigh Federation have been informed about the provisional suspension accordingly. It also commented that the IBSF in accordance with the provisions of the World Anti-Doping Code is not in the position to communicate names of the athletes before the proceedings have not been concluded.

IBSF President Ivo Ferriani said in the statement it has been a hard time for all of us in sports after the publication of the McLaren Report. Ferriani added the International Bobsleigh and Skeleton Federation is fully committed to ensure all necessary steps will be taken to gain back the integrity of sport and added this will require joint efforts by all stakeholders. The IBSF President further remarked the Russian Bobsleigh Federation had confirmed its full support to clarify the matter related to the allegations.

The Russian Bobsleigh Federation (RBF) expressed its displeasure over the provisional suspensions. RBF President Alexander Zubkov said we have received information from the international federation that four Russian skeleton racers had been provisionally suspended. Zubkov added we are currently in intensive talks with federation’s President Ivo Ferriani. The president of the Russian Bobsleigh Federation added we disagree with this decision and we will be protecting our rights.

The IBSF earlier this month stripped Sochi of the hosting rights to next year’s World Skeleton and Bobsleigh Championships. This was after the second part of a report by Richard McLaren revealed further damning evidence of state-sponsored doping. The IBSSF decided to move the competition to the German city of Koenigssee. In a statement, the IBSF said it was very impressed by the solidarity and commitment shown immediately by the IBSF race organizers to support this effort in any possible way and would like to express its gratitude for it. It further added that most of the teams will be racing in Europe on the BMW IBSF World Cup Series just prior to participating in the BMW IBSF World Championships and therefore a European track was prioritized.

Russia won two skeleton medals at the 2014 Sochi Games. Alexandr Tretyakov took the gold medal in the men’s event and Elena Nikitina won bronze in the women’s race. Six Russian skeleton racers in all were on the roster of the national team during the 2014 Sochi Olympics.

Recently, six Russian cross country skiers, including 2014 Olympic Champion Alexander Legkov, were subjected to provisional suspensions by their relevant international federation after the McLaren report disclosed that bottles with their urine samples from 2014 Sochi had been allegedly tampered with.