British Athletics has confirmed that Jama Aden, the Somali coach who has been arrested on doping charges by Spanish police, no longer works with Mo Farah. This was despite Aden being “an unofficial facilitator” for Britain’s Olympic 5,000m and 10,000m champion when he trained in Ethiopia in 2015. 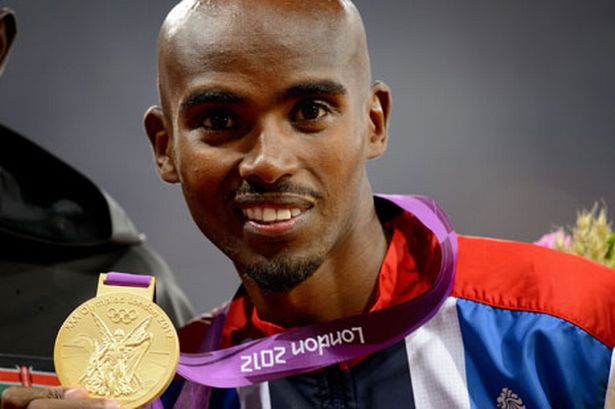 Aden, whose Ethiopian protégé Genzebe Dibaba is the 1500m world record holder, was charged along with a Moroccan physiotherapist with the administration of banned substances to athletes following dawn raids on several houses in the Catalonian town of Sabadell that were occupied by his training group.

A spokesman for British Athletics said Jama Aden has not been used by British Athletics in 2016. The spokesman said Aden had helped Farah for only one week last year, when the performance director, Neil Black, and the head of endurance, Barry Fudge, were not around. The British Athletics spokesman added our world class podium performance athletes were accompanied by a BA representative at all times in 2016 training camps as a result of the improvements to our best practice. It was further added that all Aden did last year, for a very short period of time, was to hold a stopwatch and shout out times to athletes as they completed their track sessions and the spokesman also commented that there was no coaching or anything technical involved.

The BA spokesman also said different training groups will be on the same track at the same time as it is common with athletics, especially in this part of Ethiopia where there is only one track and so sessions inevitably overlap or occur at the same time which would then have different groups training in close proximity.

A spokesman for Farah’s media representatives, Freud Communications, remarked Mo Farah is always with a British Athletics person and of course they will speak to Jama and be courteous if they bump into each other but Jama has no input into Mo’s training whatsoever.

El País remarked the Operation Rial investigation into Aden was the result of a coordinated action between Spanish police, the IAAF, and Spanish anti-doping officers. Catalan interior minister, Jordi Jané, was quoted by El País as saying that Erythropoietin, the banned blood booster, was found in six rooms along with anabolic steroids and 60 syringes. Six doctors from the world governing body of athletics and officials from the Spanish Anti-Doping Agency were also present to carry out doping controls on 25 athletes. Two members of the Spanish Anti-Doping Agency confirmed to the Guardian that the story of El País was correct.

In a statement, the IAAF said the arrest of distance running coach Jama Aden follows a lengthy investigation by the IAAF which began in 2013, working in close cooperation with Interpol, the Spanish authorities including the Spanish National Anti-Doping Agency (AEPSAD), Spanish police, and other organizations.

There was controversy last year Mo Farah posed in a selfie with the former world junior 1500m champion Hamza Driouch, a former athlete of Aden, who at the time was serving a ban of two years. Farah had to face a further media storm last June when Farah’s regular coach, Alberto Salazar, was accused of a number of anti-doping violations.