The Court of Arbitration for Sport (CAS) has found five Russian athletes guilty of doping. The CAS suspended each from competition for a period of four years. 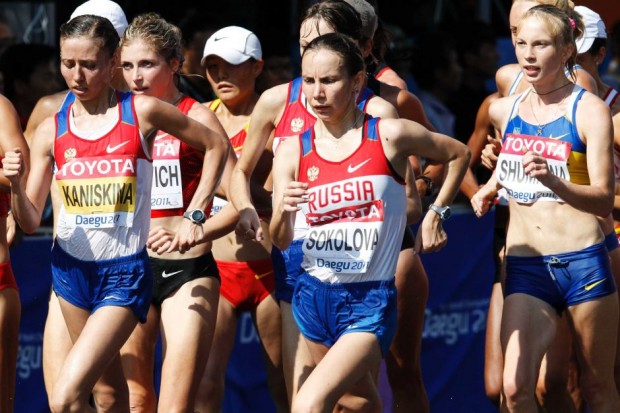 The CAS ruling concerned racewalkers Vera Sokolova, Elmira Alembekova, Ivan Noskov, Mikhail Ryzhov and Denis Strelkov, all of whom tested positive for blood boosting endurance enhancer EPO in June 2015 at Russia's national training center in Saransk.  Their cases were taken up by CAS after the athletic federation of Russia was suspended by the International Association of Athletics Federations following revelations of a massive, government-supported doping program.

Erythropoietin, or EPO, is used primarily by long-distance runners and is a hormone which can increase endurance and, in athletics. Erythropoietin stimulates red blood cell production and is injected under the skin.

Reigning European champion Elmira Alembekova, a two-time European Cup champion, was the winner of a gold medal in the 20 kilometers at the 2014 European Championships in Zurich. Elmira continues to be coached by Viktor Chegin even after he was suspended for a lengthy series of performance-enhancing drug suspensions against many of his athletes.

Noskov won 2014 European 50km bronze. Ryzhov claimed 50km silver at the 2013 World Championships. Sokolova - the 2003 World Youth Champion - won the European Cup in May last year. Strelkov was a bronze medalist in the 20km walk at the European Championships two years ago.

Last year, it was found by a World Anti-Doping Agency investigation that athletes and coaches had tried to obstruct drug testers from collecting samples during the out-of-competition controls that caught the five. The Russia's national training center in Saransk was then under the control of Coach Viktor Chegin, who was banned for life in March. More than 25 of his athletes have failed drug tests, including three Olympic champions, London 2012 50km walk winner Sergey Kirdyapkin, Beijing 2008 women's 20km gold medalist and London 2012 silver medalist Olga Kaniskina and Beijing 2008 men's 20km winner Valery Borchin. Others include Sergei Bakulin, the 2011 world 50km champion, and 2011 world silver medalist Vladimir Kanaykin, now banned for life.